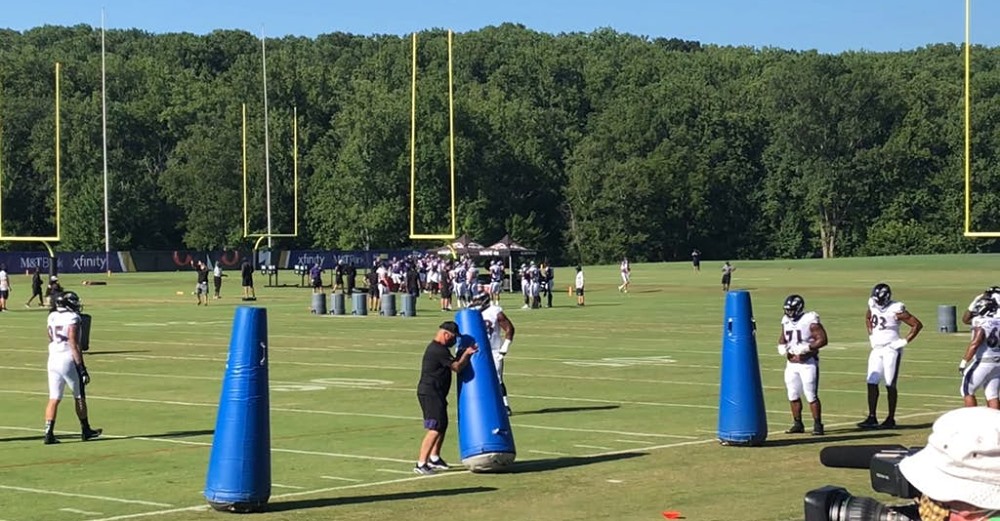 OWINGS MILLS, Md. — Calais Campbell is an imposing figure on the practice field.

The veteran defensive end is already taken on a leadership role after being acquired by the Ravens in Mach.

Campbell has set the tone throughout camp and has been a force in 11-on-11 drills. He also put a hard hit on running back Mark Ingram.

One player yelled, “You look like Muhammad Ali” by the way Campbell was hitting the pads earlier in the practice.

In short, he’s been every bit as good as the Ravens envisioned.

“He is more imposing in person with his size, and sort of with his personality as well,” Ravens coach John Harbaugh said. “He has a big personality. He’s a caring guy. He’s a great leader. He’s the total package for sure.”