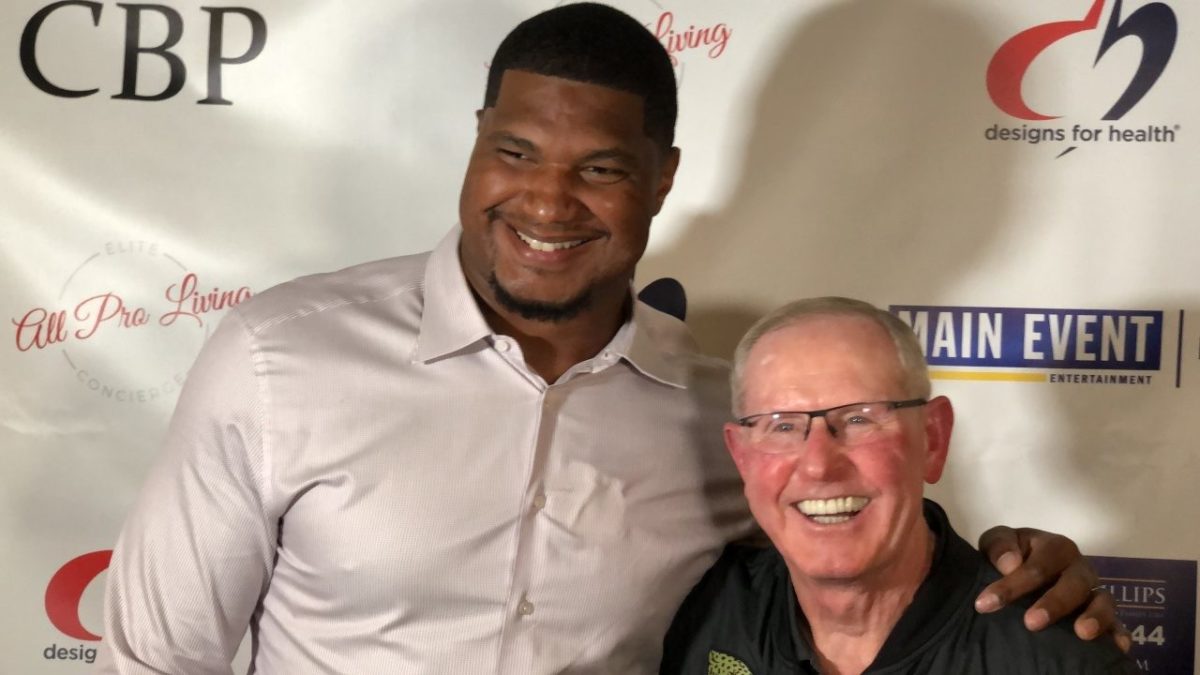 JACKSONVILLE, Fla. – During his second annual Bowling Classic at Main Event Entertainment, Jaguars defensive end Calais Campbell announced a new way he plans to give back to the community.

Campbell said during the off-season, and each month during the regular season, he will make a donation to different local charities. He called it a “season of giving.”

On Tuesday night, Campbell’s charity presented a $15,000 check to the Ronald McDonald House, a non-profit that helps families who need to be near a hospital as a child undergoes medical treatment.

Campbell personally donated $10,000 of his own money and said that any money raised during his silent auction during the bowling tournament would go straight to the charity.