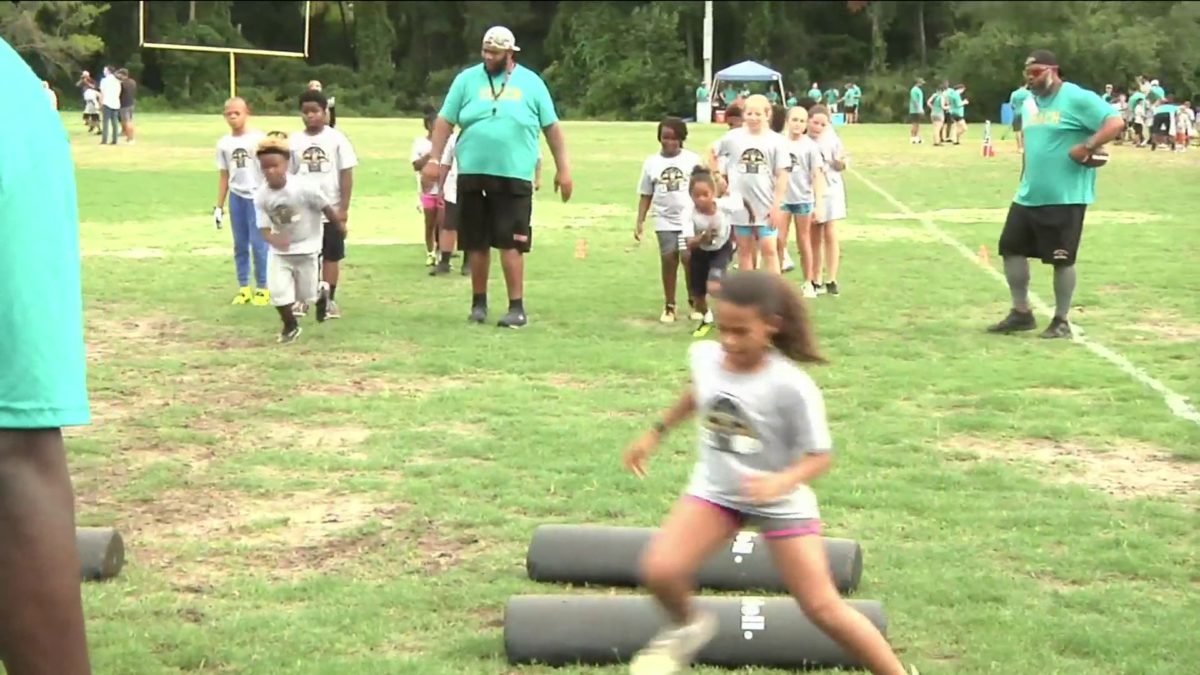 More than 500 young football enthusiasts showed up to test skills and run drills, with Jaguars defensive end Calais Campbell among the coaches.

“It’s just a good feeling,” said Jaron Ihaac, one of the participants. “What I like to think about, if anything goes bad, I still got football.”

Campbell said he appreciates opportunities like this to spread his wisdom.

“Growing up in Colorado, I wanted to get involved in sports and other outlets,” Campbell said. “Of course, coming together and trying to avoid the negative things and into a safe place and build a relationship with the police in the community and play football.”

Campbell stressed the importance of education while inspiring these kids.

“I look after him because he made it,” Ihaac said. “Just like what he said, anyone can go to the NFL. Just have to get good grades.”

The event was put together by the Jacksonville Police Athletic League.

They’ve made it their mission to keep kids away from a life of crime.

“It’s our neighborhood kids, and I need to know that police department cares,” said Angelina Whittle, a parent. “And this is a good start.”

“This is an incredible experience, especially these kids in Duval and Jacksonville who love the game of football and love the Jacksonville Jaguars,” he said.