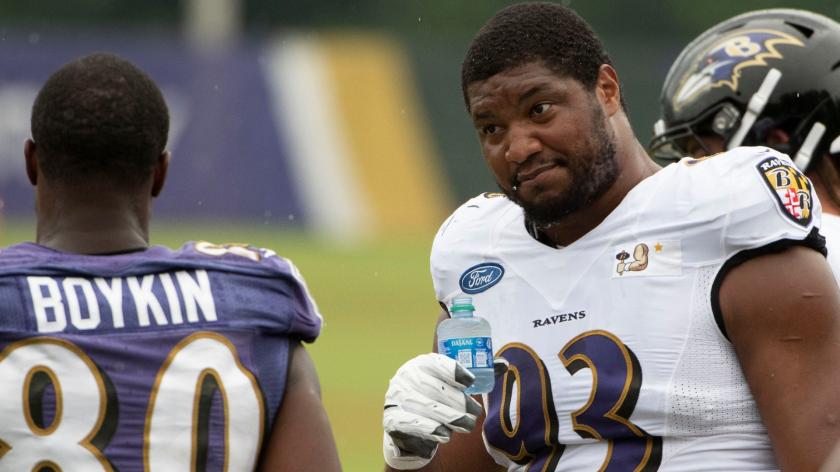 The off-field role for the typical NFL player has traditionally been a reserved, quiet one. Usually more focused on winning football games while pleasing ownership and league sponors, the league’s athletes have typically kept their opinions to themselves. T

That changed this past week as the sports universe had one of the most historic socially active movements after a Black man named Jacob Blake was shot seven times in the back by a Kenosha, Wisconsin police officer on Sunday. Following a Bucks boycott of their playoff game on Wednesday, the NBA, WNBA, MLB, MLS and NHL all postponed contests to protest police brutality. This time, however, football wasn’t far behind.

It started when the Detroit Lions canceled their practice Wednesday to face the media and speak out on racial injustices. Nine other teams followed suit. Days later, the Ravens decided they were ready to practice on Friday after originally canceling – one day following the team’s powerful statement that included a thorough list of demands for social reform.

The statement took a collabortive approach from players and assistant coaches alike. it drew the attention of the sports world for its specificity, including calls for the arrests of the officers who shot Blake and Breonna Taylor.

The players took to social media to show their public support and pride to be a part of an organization that had their backs in a sport known to avoid difficult social subjects that could lose revenue.

One of those players was Ravens defensive end Calais Campbell.

Campbell was the first Ravens player to address the media since the whirlwind of social activism across North America’s professional sports leagues. In his media availability, his role in crafting the statement was divulged while also being able to step back and talk about the dramatic change of football players publicily discussing their politics.

No more are the days to keep these important conversations of society, religion, philosophy and life behind closed doors – and Campbell knows exactly why.

“Social media plays a big role in this. A lot of guys have had a lot of conversations in the locker room. I remember so many times communicating with my teammates (about issues like this), but you didn’t really post anything or express opinion publicly,” said Campbell to reporters on Saturday. “Those were conversations in the locker room is a sanctuary. When I retire that will be the place I miss most – and I think most players do – because that’s where you really get to connect and bond with guys and get figure out who people really are.”

Campbell said the solidarity the team showed to put that powerful statement together from that meeting validated his deicision to come to Baltimore in the first place. It also gave him the hope that this could be the potential the nation has as a whole.

“I think football is a good representation of what America chould be. People come together and put their differences aside to be a part of a common goal,” Campbell explained. “As social media is taking a role (to) give players a voice to really be heard. For the most part, I really think social media has given players the chance to communicate directly to the fan base and to be heard on issues that really impact them.”