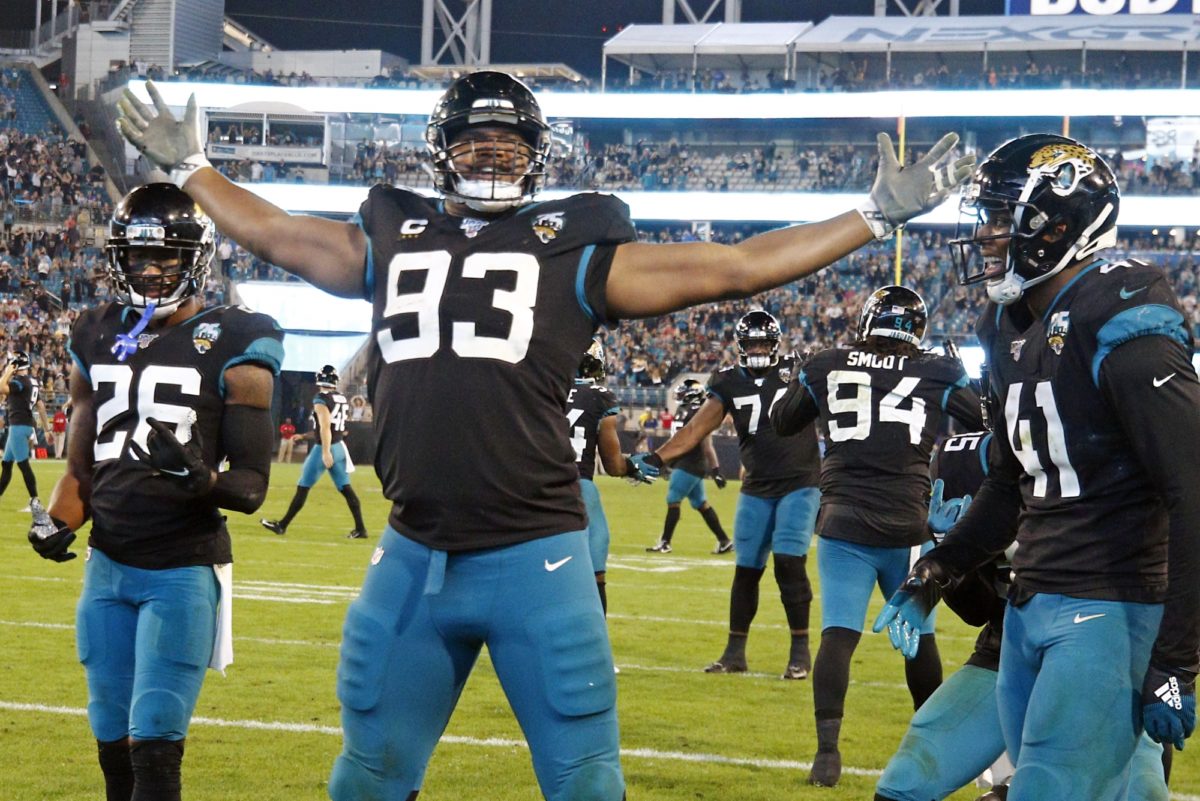 The Ravens wanted to improve their front seven this offseason, and they have reportedly started that process in a – literally – big way.

Baltimore has acquired Pro Bowl defensive lineman Calais Campbell from the Jacksonville Jaguars in exchange for a 2020 fifth-round pick, according to multiple reports.

The Ravens have not confirmed this move and all signings are pending a physical, which teams have been unable to get during the current nationwide health crisis.

The 33-year-old Campbell has 88 sacks during his 12-year career, including a career-high 14 ½ sacks in 2017. His 31½ sacks since 2017 are the seventh-most in the NFL over the past three seasons, and Campbell made the Pro Bowl in each of his three seasons with the Jaguars.

In addition to his on-field exploits, Campbell is one the NFL’s most respected figures, the most recent winner of the NFL’s Walter Payton Man of the Year Award.

Campbell had 6 ½ sacks for Jacksonville last season, which is more than anyone on the Ravens had except outside linebacker Matthew Judon, who led Baltimore with 9 ½ sacks. The Ravens had four sacks from defensive linemen last year – the fewest in the NFL. Upgrading the interior pass rush is a major priority.

The Ravens placed the franchise tag on Judon last week, retaining his rights for next season. A Judon-Campbell pass-rushing duo would present a formidable foundation for an upgraded pass rush. Baltimore finished 21st in the league in sacks last season, but Campbell would add a jolt.

Campbell can also be dominant as a run stopper, with 309 tackles over the past five seasons, the second-most in the league during that timeframe. He would team with Ravens defensive tackle Brandon Williams to fill a void if defensive tackle Michael Pierce were to leave in free agency. It has also been reported that the Ravens signed defensive lineman Michael Brockers, which would form a fearsome trio.

Campbell has one year remaining on his current contract at $15 million for next season, according to Spotrac. NFL Network’s Ian Rapoport reported that the Ravens and Campbell are close to agreeing on a new two-year contract.

Campbell has never been on a Super Bowl-winning team and coming to Baltimore would give him a realistic shot at a championship.