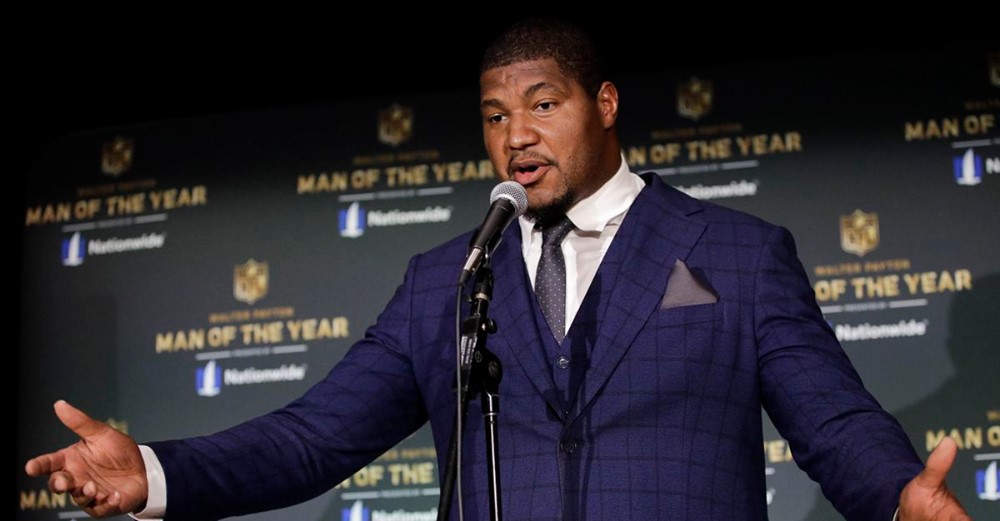 Campbell’s agent told him that the Ravens had been one of about four or five teams interested in the five-time Pro Bowl defensive end. He also told Campbell that if he wanted to go to Baltimore, his contract extension past the 2020 season would have to come at a discount.

A 12-year NFL veteran with tens of millions of dollars in his bank account but no Super Bowl ring in his jewelry box, Campbell knew where his priorities stood.

“I’m going to be 34 when the season starts, and that motivation when you’re training, starting to put the work in to be the best you can be, it gets harder and harder each year. And when you believe you can win, when you believe you have a chance to win a Super Bowl, it makes it just a little bit easier.”

DeCosta would not have sent the Jaguars a fifth-round draft pick and signed off on a two-year, $25 million deal through 2021 if he didn’t believe Campbell capable of lifting the Ravens to heights even greater than last year’s.

In a bittersweet season, the Ravens went 14-2. They rewrote franchise and team record books. They had the NFL’s most balanced, most efficient offense and an elite secondary. But they were missing someone like Campbell, a 6-foot-8, 300-pound monster who doesn’t think his prime is past him, not when he ranked among the league’s best run-stopping and pass-rushing defensive linemen last year.

With the Ravens’ tight salary cap picture and roster needs elsewhere, Campbell could’ve held out for more lucrative offers elsewhere. But no suitor, he believed, could offer the role he wanted in Baltimore. It was the right price for the right place.

“And so, at the end of the day, I was more confident going to Baltimore even if I have to take less than going to another place,” he said. “There are not many teams better. … This team could be very special for a good while here, so I wanted to be able to throw my hat in the ring and really just add value where I can. I know I bring some good things to the table.”

Campbell’s past eight months pointed him toward Baltimore. In August, the Jaguars traveled to Baltimore for joint practices, where he heard praise for how the Ravens did business. When the season started, the Jaguars lost nine of their first 13 games and prepared for a rebuild, trading All-Pro cornerback Jalen Ramsey away for draft picks. Campbell was rumored to be another star up for sale.

At the Pro Bowl in January, Campbell’s third straight appearance, he said he developed a “pretty good relationship” with the Ravens’ coaching staff, which oversaw the AFC team. He saw how close the 12 Ravens stars in Orlando, Florida, were, how they respected one another and their coaches. He was reminded of just how “special” quarterback Lamar Jackson is. (Coincidentally, they earned Offensive and Defensive Most Valuable Player honors.)

“And that goes to show — you don’t win 14 games without having a strong bond and buying into the system,” Campbell said. “So I’m very excited to be a part of that culture and just try to add value where I can. Because, obviously, if the team goes 14-2 last season, they’re a really talented team, really capable of doing some good things.”

He called the team’s culture “infectious,” which was appropriate, in a way. The coronavirus pandemic has turned the NFL’s offseason upside down. Campbell was in Arizona when the trade was finalized. Because of league rules restricting travel, he had to undergo a physical examination at Arizona’s Mayo Clinic. Social distancing made the rest of the paperwork a minor headache.

Now Campbell’s back in Jacksonville with his 34-weeks-pregnant wife, Rocio. He’s working out on his own. He doesn’t know whether organized team activities will be allowed over the next few months. Ravens coaches and officials have assured him that he’ll have a playbook as soon as he’s allowed to, but “I’m not sure when that’s going to be.” All he needs, he said, is just a couple of hours with some film, and “I should be fine.”

Now Campbell is waiting for what’s next. He’s not getting any younger. He knows he could be getting a bigger paycheck elsewhere. When he watches his game tape from long-ago seasons, he sees a more athletic defender. But Campbell knows his value. And maybe just as important, he knows where he’s valued.

“Obviously, you’ve got to take it one year at a time and really see how good you can be, but I’m pretty confident that as long as I can take care of my body, and God is good to me as far as health-wise goes, I should be able to be dominant in the near future,” said Campbell, who hasn’t missed a game since 2014. “I’m looking forward to going out there and making plays. For me, I know the whole world tries to tell you that one day it’s going to stop, but I know there are guys who did it at a high level who were older than me, so it can be done.”