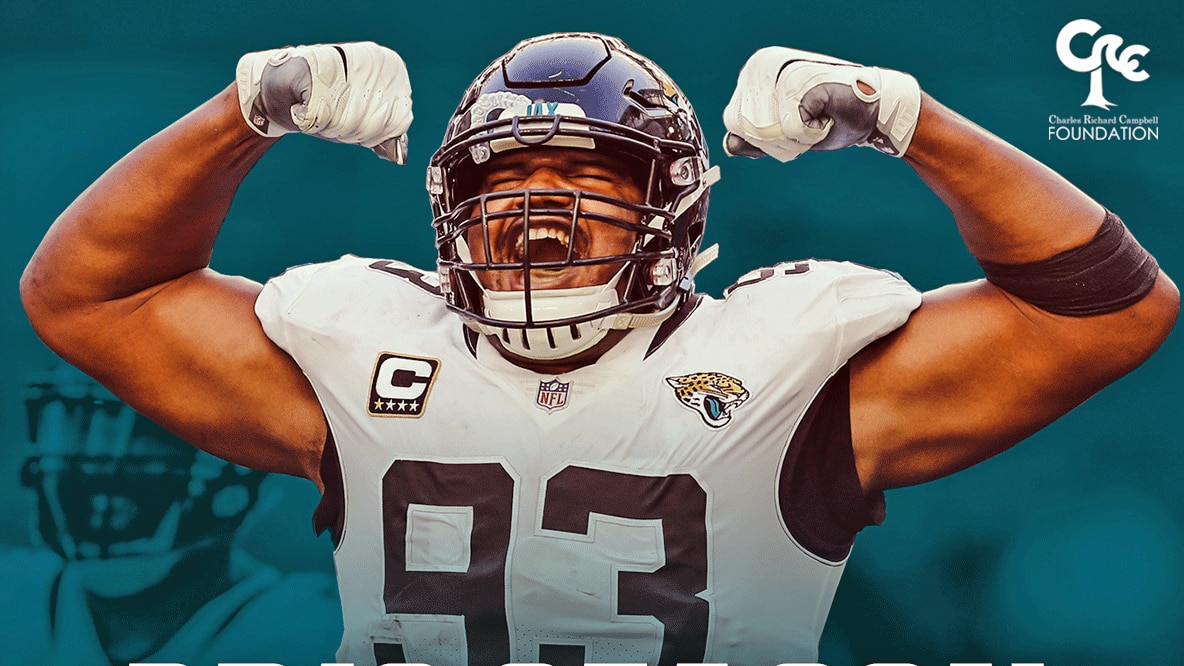 Campbell’s Season of Giving, a fundraising campaign based off of his performance on the field, adds an opportunity for fans to play along.

For each month during the 2019-20 season, Calais has chosen a charity to donate up to $20,000 with the dollar amount corresponding to what happens in the game:

A different charity will be highlighted each month, with each charity receiving funds from the donations made by Campbell and fans for four games.

September — Feeding Northeast
October — Clara White Mission
November — Wounded Warrior Project
December — United Way, focus on mental health awareness and education
January and the playoffs will focus on a social justice initiative.
“I wanted to use my platform to bring attention and funds to some very deserving causes both in Jacksonville and nationally,” said Campbell in a release.

“Season of Giving gives me an opportunity to do both. I’m asking Jags fans to join me in raising money by pledging a dollar amount for each sack I have this season, with every dollar raised going directly back to different charities — Feeding Northeast, Clara White Mission, Wounded Warrior Project and United Way, specifically their work with mental health awareness. When we’re on our playoff run in January, I’ll be picking a social justice cause so Season of Giving can continue into the post-season. We’re all in this together and can really make a difference in this community if we join forces.”