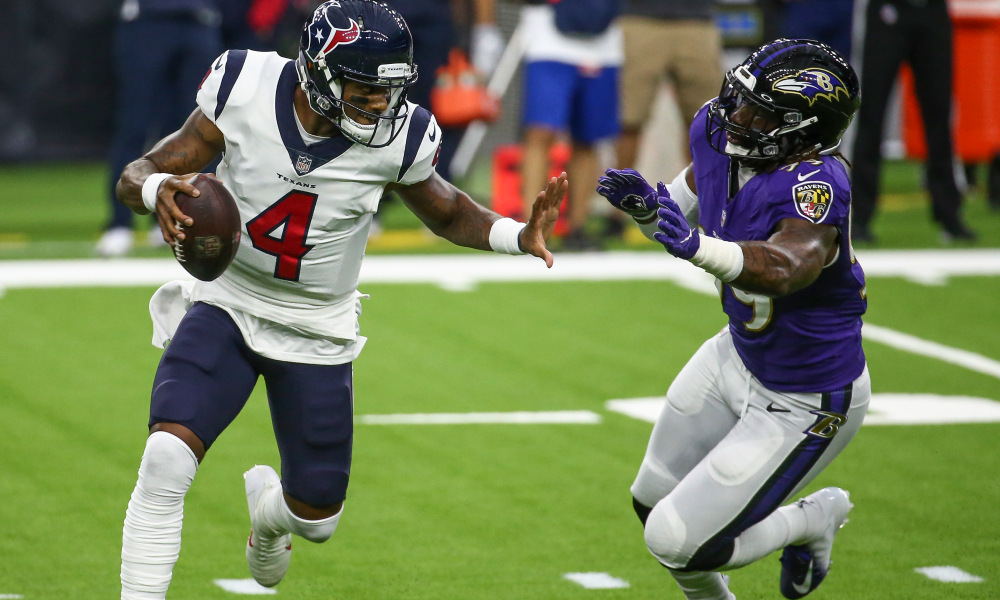 One of the most stunning decisions of the Houston Texans’ 33-16 loss to the Baltimore Ravens was coach Bill O’Brien’s decision to go for it on fourth-and-1 from the Texans’ own 34-yard line.

Earlier in the quarter from the exact same spot on the field, the Texans punted away, and the Ravens drove down to kick a field goal and go up 3-0. O’Brien wanted to be aggressive and keep the drive alive.

When quarterback Deshaun Watson was pressured by the Ravens blitz and threw the ball incomplete to the back of tight end Darren Fells’ feet, it gave Baltimore a first-and-10 less than 15 yards away from Houston’s red zone.

“It was a huge boost,” Ravens defensive end Calais Campbell said. “I didn’t really expect that to happen, but it makes sense. We did the same thing late in the game, fourth-and-1, your mentality is let’s go out and tackle, be aggressive and let’s find a way to win the ballgame.”

According to Campbell, the defense appreciated the gusty call from the Texans.

“On defense we love that challenge,” said Campbell. “When somebody goes for it on fourth-and-1 they’re pretty much tell you we think we’re better than you in this situation so we definitely want to go out there and win those matchups. That’s the first one we got. I’m sure we’ll get a lot more going forward in this season.”

O’Brien may have to consider how many more of those scenarios he wants to play with in 2020. The Ravens capitalized on the turnover on downs and scored a touchdown to produce a 10-0 lead. Houston was in the chase position the entire game.

There is no way to know if the Ravens would have scored anyway had Houston punted. What is known is that the failure to execute that gamble ended up inspiring the Ravens to play harder.