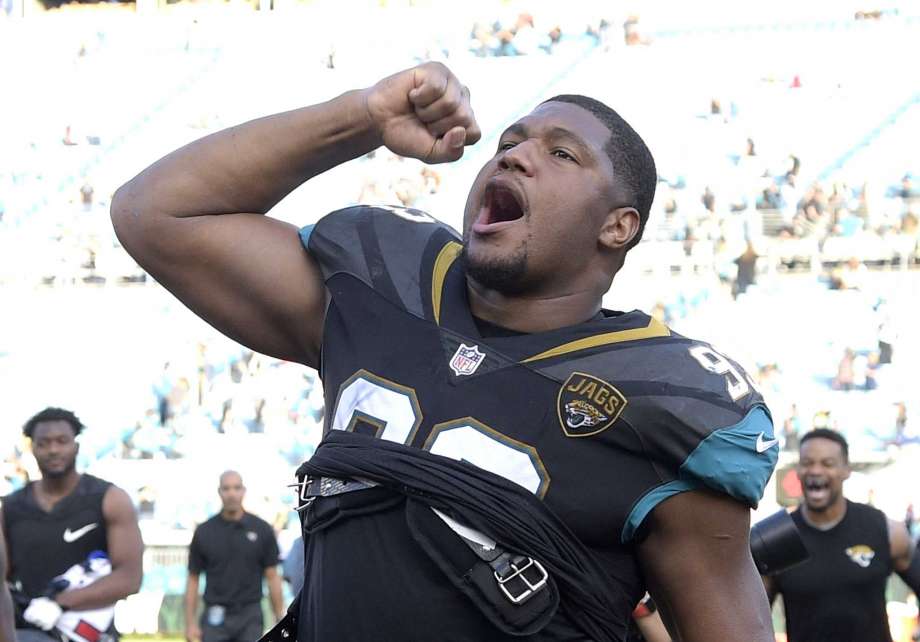 Since signing with the Jaguars in March, the former Arizona Cardinals starter has six of his franchise single-season record 14 ½ sacks against them in two games as Jacksonville swept the season series.

“You know, we’ve tried to double him, and we’ve slid to him,” Texans coach Bill O’Brien said. “Obviously, sometimes, you’ve got to single them just based on how they line up. It’s a numbers game.

“If they overload you on one side, sometimes you end up singled on him. He’s a great player, and he’s definitely hurt us this year”

Texans offensive tackle Breno Giacomini accepted blame for some of the pass protection breakdowns, but it wasn’t just him who struggled.

Campbell finished the game Sunday with a team-high five tackles and had half of the Jaguars’ four sacks to go with one pass defended.

“They are an incredible defense,” Yates said. “They did a great job covering, great job rushing the passer, creating some confusion up front. We knew what we were going up against coming into the game and we didn’t execute the things we thought would work against them.”

The Jaguars lead the NFL with 51 sacks.

Despite some maximum protection blocking schemes, Yates was under constant duress. He was hit nine times.

“It’s definitely a sign of respect,” Jaguars defensive end Yannick Ngakoue said of the Texans’ extra linemen strategy. “They were chipping me and Dante (Fowler) the whole game but you know we got two beasts in there with Malik Jackson and Calais Campbell. Those boys showed up.”