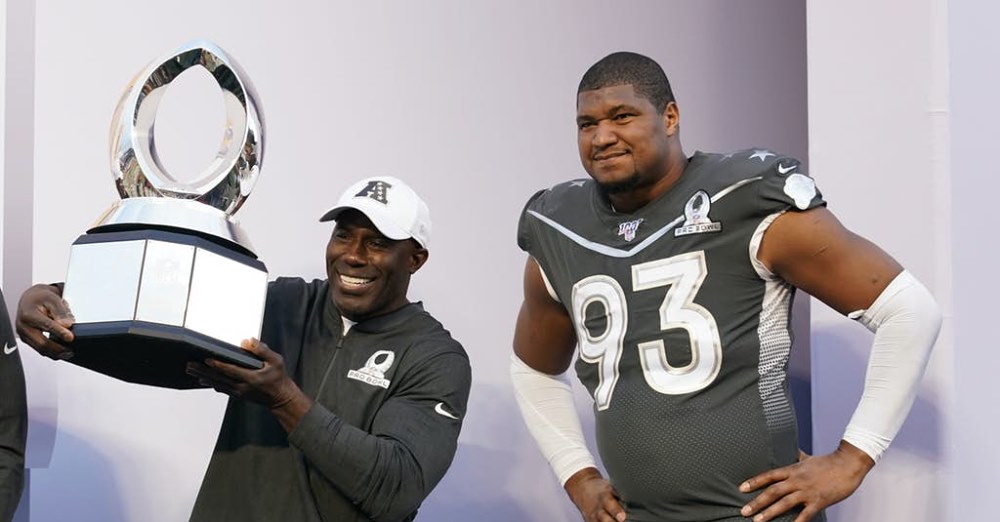 Calais Campbell is known for his leadership skills.

The Pro-Bowl defensive end didn’t waste any time embracing that role with the Ravens.

Campbell is stressing to teammates the importance of following the protocols with ongoing Covid-19 pandemic. The players need to buy into looking at the big picture and doing what’s in the best interest of the team when it comes to following rules with social distancing.

“Essentially, if one guy gets sick and he gets into the locker room, he can affect the whole season,” Calais told the team’s website. “This is the ultimate sacrifice for the team for the greater good kind of situation. For us to be able to go out there and play football, guys have to be willing to sacrifice. Hopefully, it will be a one-year thing, but we all have to sacrifice and we can go back to normal life next season.”

He has ranked in the top 20 for tackles for a loss in each of the past three seasons and provides Baltimore with an effective interior pass rusher.

Now, the key is to ensure the 2020 season can proceed as planned.

“We’re going to do what we have to do and we’re going to try,” Campbell said. “Hopefully, we can get through the whole season. You have dads who have kids who are at school that you have to worry about. Sometimes mom works and is out of the house.

“Sometimes guys just want to go out to a restaurant. If you have a friend that comes by, you have to worry about wherever they’ve been. It’s going to be a lot of moving parts. Hopefully, we can make it work, because I think this year could be very, very special.”