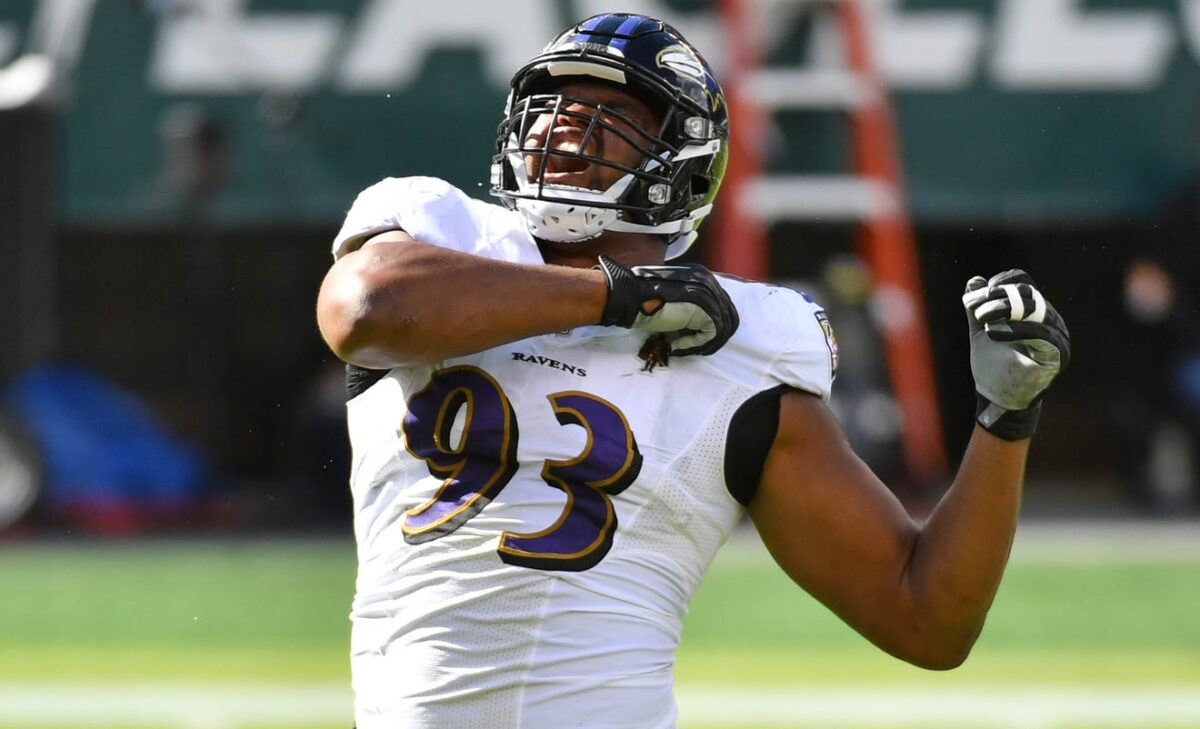 The Baltimore Ravens will face off against the Pittsburgh Steelers in Week 8, in what has to be one of the hardest-hitting and toughest rivalries in football.

Ravens defensive end Calais Campbell certainly believes it doesn’t get any bigger than this and he’s excited to get into the mix.

“There’s no bigger rivalry in professional sports — in my opinion — than this matchup,” Campbell said during Monday’s press conference. “As a football fan, I’ve watched it from afar for plenty of years and I’m happy to finally be in it.”

While Campbell already knows about and respects this rivalry, he’ll get his first taste of what it actually means on the football field. Campbell said Matthew Judon, Pernell McPhee, Jimmy Smith and Brandon Williams have been telling him about the seriousness of this rivalry leading up to this game. Fans of both teams can easily recall moments where the rivalry went from fun and games to serious business, both on and off the field.

Whether it’s Steelers coach Mike Tomlin’s “accidental” trip onto the field during a Jacoby Jones kickoff return, Ravens defensive tackle Haloti Ngata breaking Ben Roethlisberger’s nose, or former Pittsburgh linebacker and coach Joey Porter getting on Baltimore’s bus after a game looking for trouble; there’s no shortage of crazy moments in this rivalry. It’s also about as evenly fought as any rivalry around (the Steelers hold a 28-24 edge in games — including playoffs — against the Ravens).

Since 2008 when John Harbaugh took over as coach of the Ravens, Baltimore has gone 14-13 against Pittsburgh. Though they swept the Steelers last season, this is a rivalry where records absolutely don’t matter. Each time these two teams get on the field, you’re going to see the best from both squads and it’s almost always going to be a close contest.

The Ravens brought in Campbell for exactly these types of weeks — looking to shore up their run defense and add more interior pass rush. Baltimore is hoping Campbell can help tip things in their favor once again this week after putting together a three-sack effort in Week 7 against the Philadelphia Eagles. Time will tell how Campbell’s first foray into the Ravens-Steelers rivalry will go but big players show up in big games and for Baltimore, there are few opponents bigger than Pittsburgh every season.