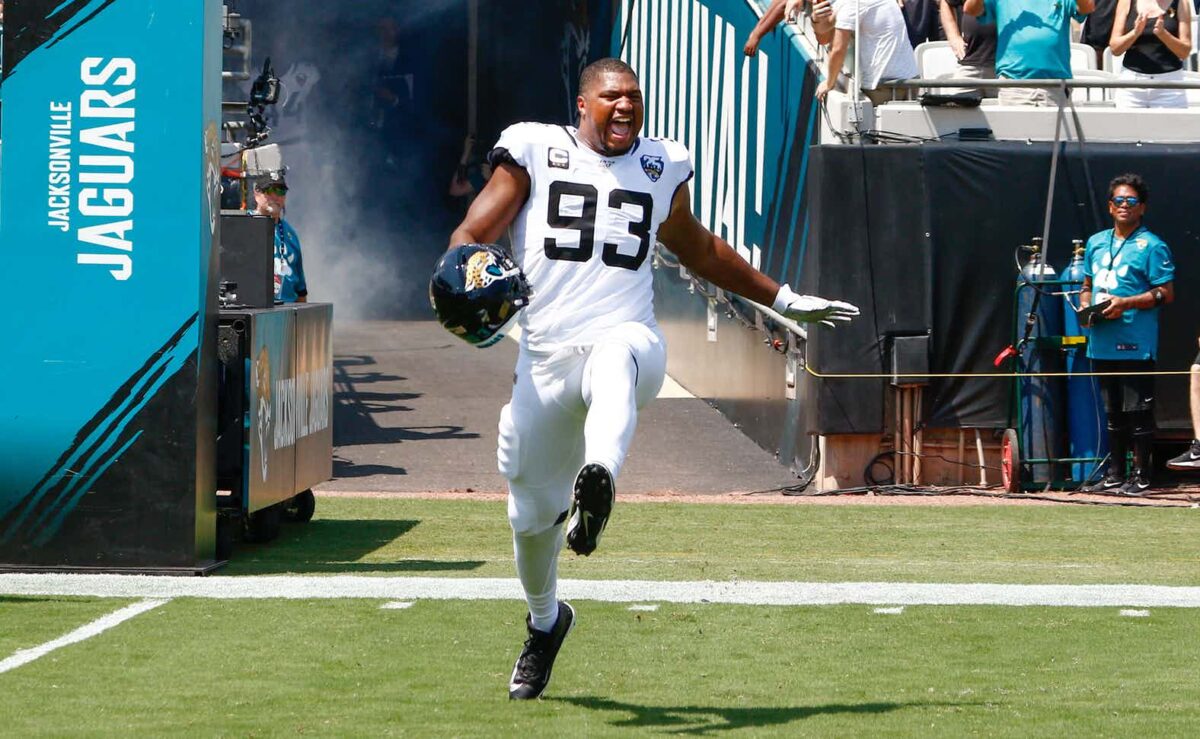 Calais Campbell is no longer a member of the Jacksonville Jaguars, but he still continues to rack up accolades in part due to his time in Duval.

The Pro Football Hall of Fame released its all-decade team of the 2010s on Monday and Campbell, one of the top defensive lineman of his era, earned the honor of being named to the team. Campbell is the only former or current Jaguars player to be named to the team.

“The 55-member team is the result of votes cast over the last several weeks by the Pro Football Hall of Fame’s 48-member selection committee,” the Hall of Fame said. “Only players who received at least one selection to a Pro Bowl, Associated Press All-Pro team or Pro Football Writers Association all-conference team during the 2010-19 seasons were eligible.”

Campbell, who earned a Pro Bowl nod in 2019 and was the 2019 Walter Payton NFL Man of the Year, was traded to the Baltimore Ravens for a 2020 fifth-round pick in March. Campbell, who spent the majority of his career with the Arizona Cardinals from 2008-2016, signed with the Jaguars in 2017 and became one of the faces of the franchise and is now considered the best free agent signing in franchise history.

In three years in Jacksonville, Campbell never missed a regular season game and was named to the Pro Bowl in each of his three seasons. He was also a first-team All-Pro member in 2017, a year in which he helped lead the Jaguars to the AFC Championship game with 14.5 sacks, 14 tackles for loss, and three forced fumbles.

“Campbell is a four-time Pro Bowl selection and has been named first-team All-Pro twice,” the Hall of Fame wrote. “Recorded at least 6.0 sacks in eight of the last ten seasons (2009-19) and one of four defensive linemen to register at least 30 passes defensed since 2011. A recipient of the 2019 Walter Payton Man of the Year Award, given to the NFL player who best exemplifies outstanding character and leadership in the home, on the field and in the community.”

Campbell became one of the most important players in the franchise from the day he signed with the team thanks to his leadership and on-field performance, making his trade to Baltimore a little surprising despite his age and 2020 price tag.

“Calais has been a tremendous player, an outstanding leader and an even better person during his three seasons in Jacksonville, and his 2019 Walter Payton NFL Man of the Year recognition was well deserved. We respect his professionalism, appreciate his contributions to the Jaguars organization and the City of Jacksonville and wish him and Rocio the best in this next chapter in Baltimore,” Jaguars general manager Dave Caldwell said in a statement when Campbell was traded.