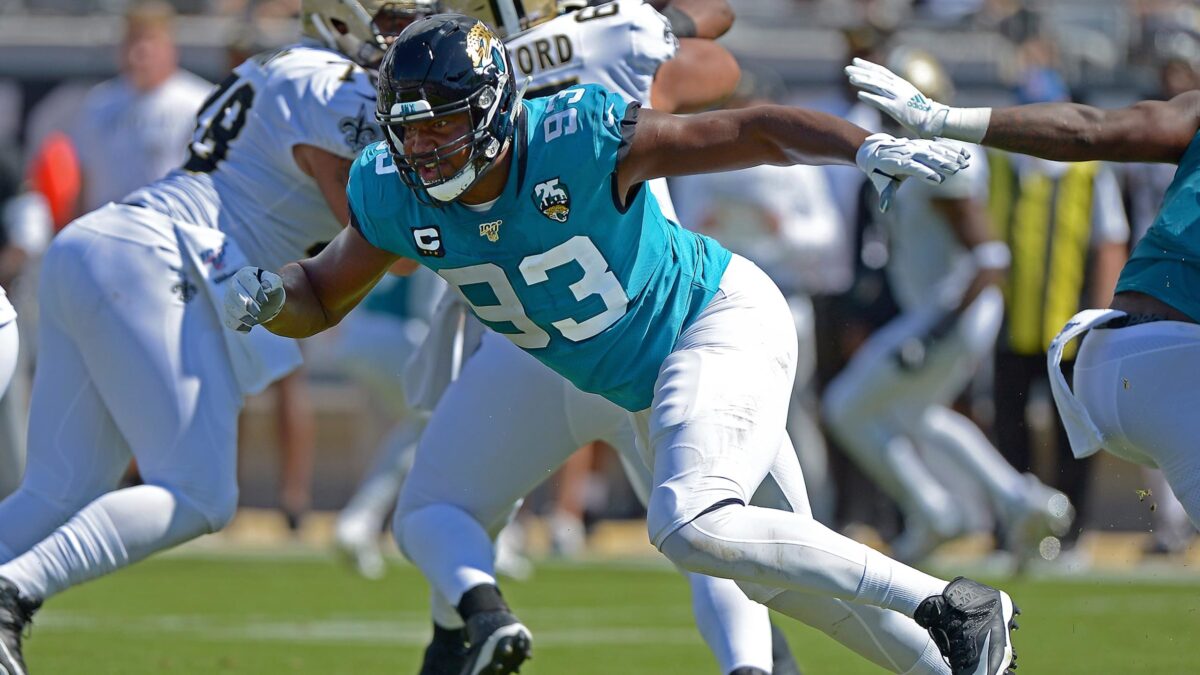 Unlike Lamar Jackson, Calais Campbell can be pleased with his “Madden 21” rating.

Campbell has a 95-overall rating, putting him tied at No. 7 among the league’s pass rushers. Campbell’s rating is an improvement over his 92-overall rating last year during his final season with the Jacksonville Jaguars.

Ravens quarterback Lamar Jackson, the NFL’s Most Valuable Player in 2019, has a 94-overall “Madden 21” rating, which he thought should have been higher. It’s understandable why Jackson feels that way. He is on the “Madden 21” cover after his incredible season, yet he is not even the top-rated player on his team.

Aaron Donald of the Los Angeles Rams is the highest-rated overall pass rusher in “Madden 21”, with a 99-overall rating for the fourth consecutive year. J.J. Watt (98) of the Houston Texans, Khalil Mack (97) of the Chicago Bears, Von Miller (97) of the Denver Broncos, Fletcher Cox (96) of the Philadelphia Eagles, Cameron Jordan (96) of the New Orleans Saints, Chandler Jones (95) of the Arizona Cardinals, Campbell, Myles Garrett (93) of the Cleveland Browns and Chris Jones (92) of the Kansas City Chiefs round out the top 10.

The Ravens are looking forward to seeing Campbell in action after trading for the 33-year-old veteran this offseason. Campbell will join Brandon Williams and free agent acquisition Derek Wolfe to lead one of the NFL’s most talented defensive fronts.

Campbell has been one of the league’s most durable defensive linemen, missing just six games in his career and playing in every game the past five seasons. In addition to being an effective pass rusher, he is an excellent run-stopper. Pro Football Focus gave Campbell the best run defense grade in the league last season (90.8), and he has the most tackles for loss or no gain (35) in the NFL since 2017.