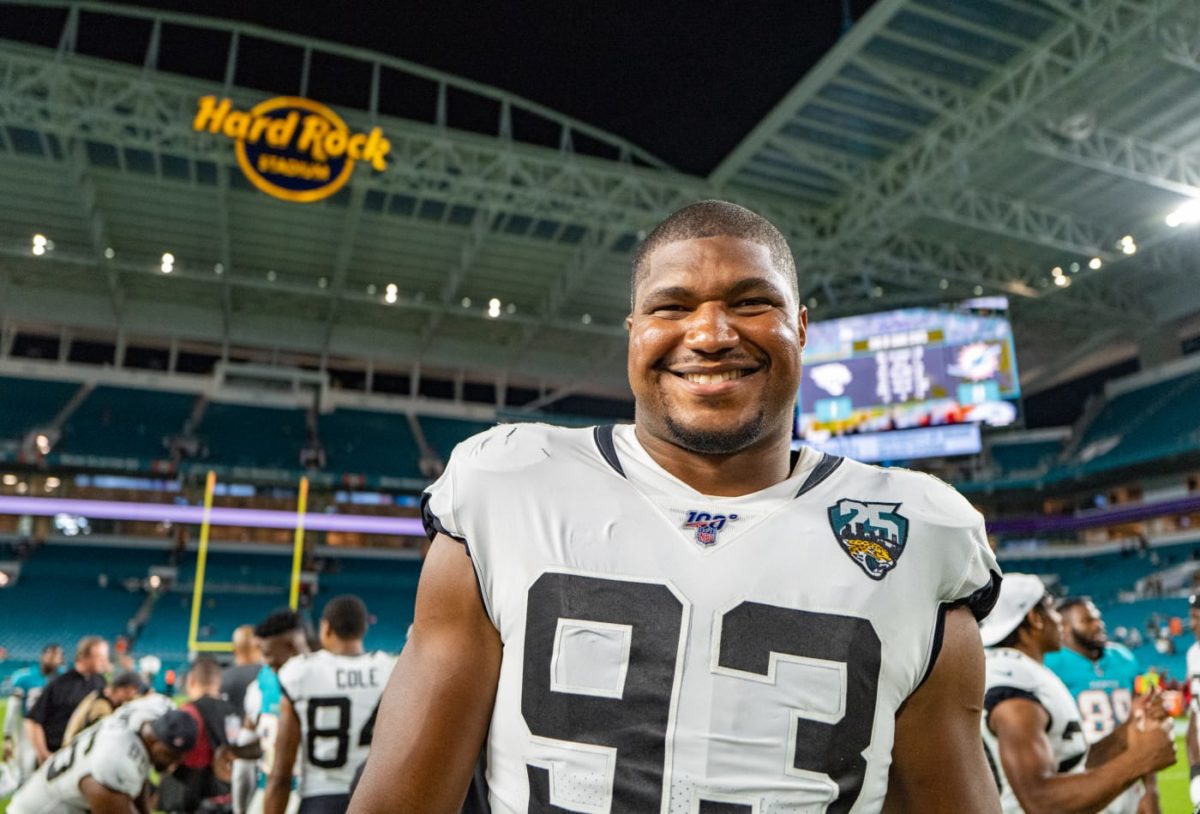 Calais Campbell is an NFL defensive end for the Jacksonville Jaguars who is signed to a four-year, $60 million contract with the team.

As a 12-year veteran in the league, Campbell has made millions throughout his career and tells Jacksonville.com that he’s learned a lot about the value of budgeting your money. That’s why, when asked for financial advice for young athletes, he says he always tells them to “put away 80% minimum.”

“I think the biggest thing is you have to budget your fun,” he says. “That’s what I try to tell guys all the time. Honestly, you’re going to have ‘Momma, I made it’ moments, so enjoy yourself. Just budget and make sure you know what you want to spend on things you’ve earned the right to do.”

Campbell adds that in many situations, young athletes enter the league and “buy everything they ever wanted, then they sometimes look up and they spend a lot more money than they thought.” His advice, he says, is to “understand what your budget is. All this [NFL] money coming in, I try to encourage them to put away 80% minimum.”

The 33-year-old, who grew up in Denver, Colorado, along with his seven siblings, says he also advises young athletes to steer clear of the hefty price tag that comes along with supporting and providing for family and friends.

“When I first got to the NFL, I was doing too much in terms of helping [family],” he says. “A lot of my family members were like, ‘We’ll just do less because he’s helping with more.’ Well, that’s not what I want. Everybody’s situation is different. I’m very close to my family, so I’m going to help them, but I’m going to make sure they help themselves, too.”

The University of Miami alum explains that it’s important to ensure that you’re budgeting how much you’re helping your family “because the worst thing is to give away all your money, have everybody spend it, and you’re back to being broke when you’re done playing, which happens way too much in this league.”

Like Campbell, several other NFL players have spoken openly about carefully spending their millions. In fact, Patriots cornerback Joejuan Williams says he lives off roughly 10% of his NFL income so that he can invest and save the other 90%.

Similarly, New York Jets linebacker Brandon Copeland says he holds himself to “strict guidelines” when it comes to spending his money, which is why he lives off 10% to 15% of his income while saving and investing the rest.

“It’s guaranteed football is going to be over one day,” he told ESPN in 2017. “I tell kids that all the time.”