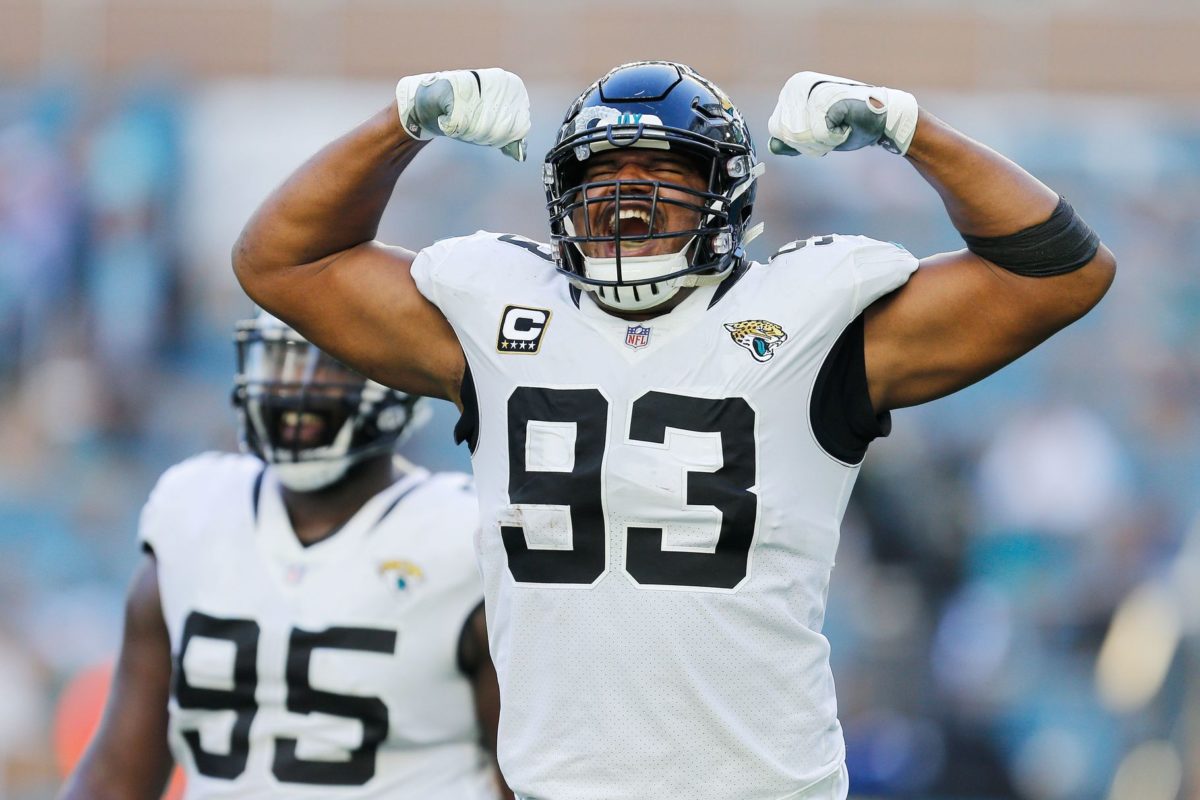 The 2020 NFL Pro Bowl list has been released with the Jaguars coming away with one player making the initial roster.

Defensive lineman Calais Campbell has been selected to his fifth-career and third-consecutive Pro Bowl, the NFL announced today.

Campbell was also recently nominated for the Walter Payton NFL Player of the Year award given to a player who has demonstrated outstanding volunteer and charity work as well as excellence off the field.

The three-time is one of five other Jaguars players who have been selected to three or more Pro Bowls with the club including, former tackle Tony Boselli (5), former wide receiver Jimmy Smith (five), former defensive tackle Marcus Stroud (3), former running back Maurice Jones-Drew (three) and former quarterback Mark Brunell (3).

In a release by the team, Jaguars head coach Doug Marrone stated this about Campbell and what he brings to the team:

“Calais means so much more to the NFL than being a great player on the field each and every Sunday … As a tenured veteran, Calais has made an impact everywhere he’s been during his football career, both inside the organizations he’s played for with his teammates, coaches and the staff, as well as in the community with his neighbors. With every second of free time, it seems like he’s always out in the city looking for a way to give back and make a difference. I’m honored to have had the privilege to coach a player and a man like Calais Campbell.”

Even in a disappointing season, the Jaguars will be represented by at least one player — potentially more —, for the third-straight season . Any of the Jaguars alternates are deserving of a nod, especially Lambo who has made 28/29 (96.6) of his field goals thus far this season.