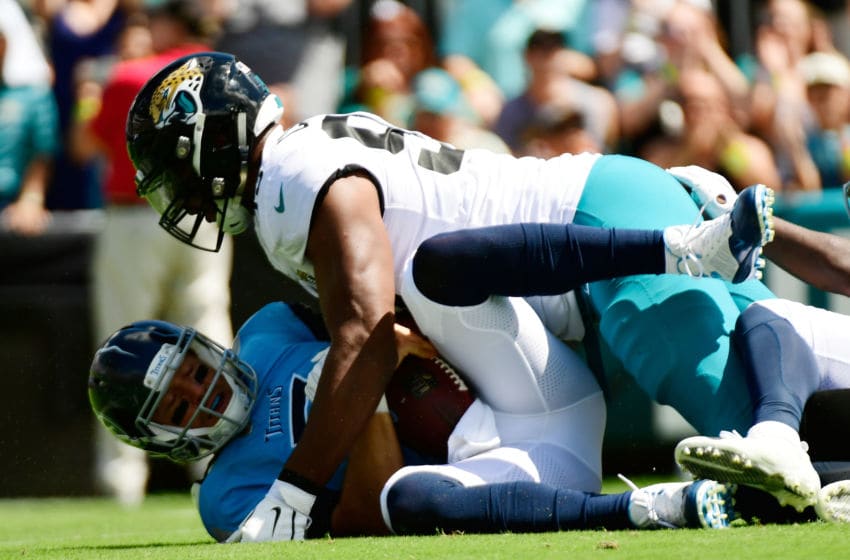 Judging by the way Calais Campbell has acted this offseason, you would never know the Jaguars pass rusher was approaching his 33rd birthday. The catalyst of the team’s defense continues to come to camp year after year, putting in time with players much younger than him, showing them the right way to play the game of football.

His example on the field and in the locker room continues to show as he enters his third season with the Jaguars and his 12th overall in the NFL. When he spoke with the media on Friday following Jacksonville’s second day of training camp, it was the same smile and praise for his teammates and the same man who hopes a repeat of 2017 is on tap for the upcoming season.

This season is different, as he explained.

“It’s way different. It’s a nice change, though. I think the team is maturing and he’s allowing us to be pros and to kind of do what we need to do to get ready,” Campbell said. “We’re still working really hard, getting a lot of good quality reps out there, competing. I mean it’s really iron sharpening iron. It’s great to see.”

Aided by weather that hasn’t blanketed the team like hot coals, the Jaguars have worked on both sides of the ball, continuing to proceed from what was deemed a good string of OTAs and minicamp. Things are a bit different this season over 2018. It’s apparent with every step on the practice field and inside TIAA Bank Field.

“Well, I’ll say that there’s an energy. There’s just a pep in a step and I think that comes from being in quality shape. Guys are ready, focused, locked in. I think it’s not even just physical shape, but I feel like guys are very locked in on knowing what to do too early on. You know you’re going to make mistakes, especially the first couple days of practice, but I feel like we didn’t make as many mistakes as we could have yesterday,” Campbell added.
It appears Campbell is getting better with age as he has produced two of the best seasons of his career since moving cross-country back to the state of Florida. He has registered 25 sacks in that time frame and has won over the fan base and one of the most-liked players on the roster as well as won over the locker room as one of the most respected veterans on the roster.

Just like last season when we saw the former second-round draft pick out of Miami showing rookie Taven Bryan a few tricks on the field in camp last year, Josh Allen is soaking up the knowledge from a wizened leader. The first-round pick in April should get plenty of playing time this coming season.

“We were working together a little bit and my man is very blessed. He’s a hard worker, he wants to learn. He seeks a lot of knowledge,” Campbell said.

“Those are good things you want to see from a rookie. He understands that he was the seventh-overall pick and the first-round pressure that comes around. He understands that people will expect a lot from him, and he’s just trying to be the best he can be. It’s still early, we still have a lot of time to figure it out. First impressions are pretty good.”