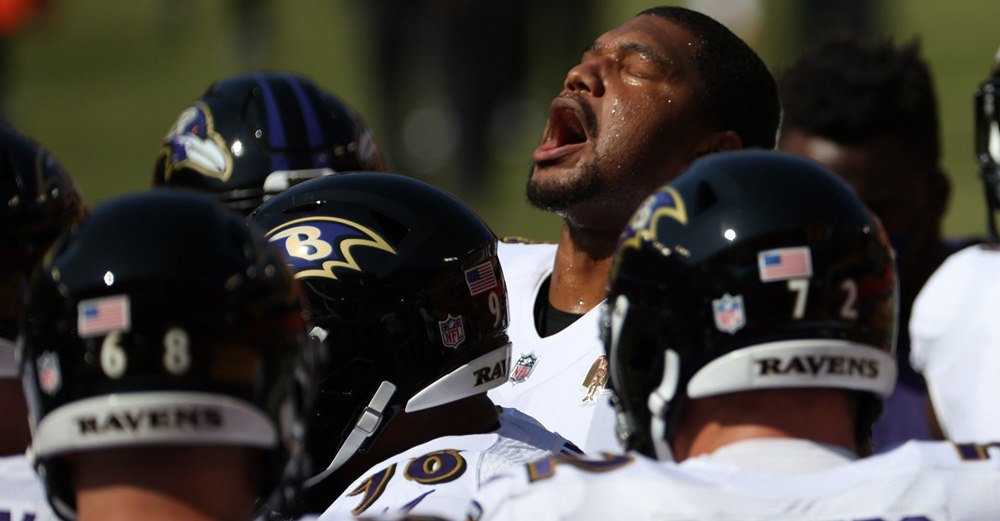 Over his 13-year NFL career, Calais Campbell has experienced his fair share of success, including a Super Bowl appearance in his rookie season and nearly another nine seasons later. However, since the trade that brought him to Baltimore this past March, the 5-time Pro Bowl defensive end has seen what separates the Ravens franchise from all of the rest.

“It’s a special place, it really is,” Campbell told Mike Florio and Chris Simms on Pro Football Talk on Thursday. “There’s a reason why this team is always in it at the end of the year, and it really comes down to the organization up top, the coaching and leadership and then just having the right kind of guys buy in time and time again.”

Campbell, who has four sacks in six games this season, will now be joined by former Jaguars teammate Yannick Ngakoue, who was traded to the Ravens on Thursday. His interview with Pro Football Talk was taped prior to this breaking news, but it can only strengthen Campbell’s belief that Baltimore is the place for him to win that elusive Super Bowl title.

“Being able to come to the Ravens and be a part of this organization and the players here we have we right now, you feel like this is the best opportunity I’m going to have and we really have to embrace it, get lost in the moment and capitalize on it,” Campbell said. “This team has all of the pieces in place, and we’ve put ourselves in position and I’m excited for the journey.”

The Ravens have historically had vocal leaders and dominant players, specifically on the defensive side of the ball. Years later that remains the same, but those who built the culture in Baltimore certainly have not been forgotten.