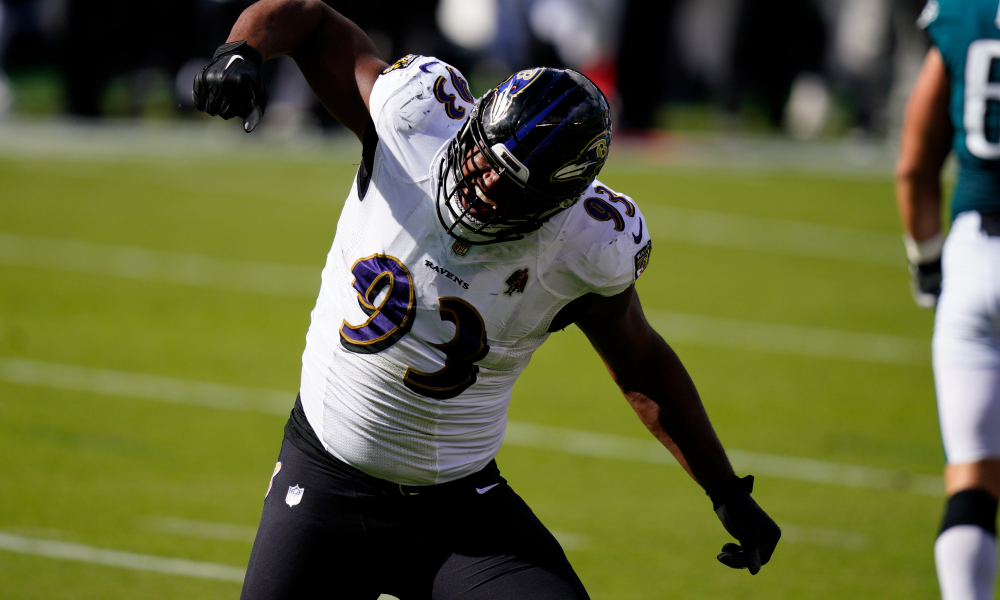 The Baltimore Ravens escaped Philadelphia with an ugly and rather sloppy win over the Eagles despite having nearly full control of the game for the first three quarters.

This game wasn’t (or shouldn’t have been) as close as the final score indicates, but the Ravens’ offense didn’t do the team many favors, especially in the second half. With the inconsistencies and penalties the offense racked up over the course of the afternoon, it was really up to the defense to keep the opposing team at bay.

While the offense raised many more question marks and the defense appeared gassed for the final 15 minutes, there was one bright spot that shined more distinctly than anything else — defensive tackle Calais Campbell.

The veteran defensive tackle has been an absolute force for Baltimore’s defensive front all season and his presence was felt more today than ever. The Ravens’ defense put the clamps on the Eagles’ offense for the entire first half, and Campbell played a major part in that effort. Not only was quarterback Carson Wentz running for his life much of the afternoon, but Philadelphia’s patchwork offensive line seemingly just couldn’t handle the Baltimore rush.

Campbell finished the day with five total tackles, three sacks, four quarterback hits, and four tackles for a loss. Campbell’s three-sack day puts him just behind superstar Aaron Donald in games with at least three sacks, according to CBS Sports and Ravens reporter Ryan Mink, which says a lot about Campbell.