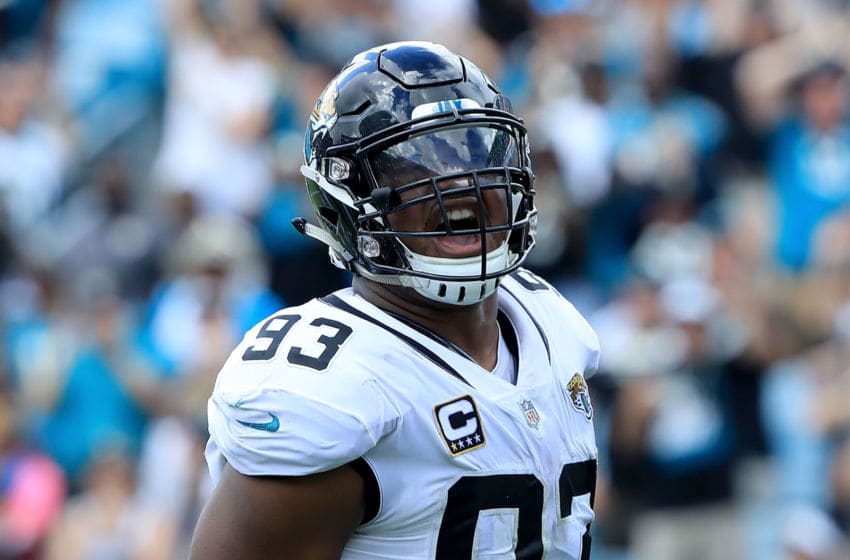 Campbell said he had a good vibe about the team’s defense for the upcoming season. A unit that is mainly intact, minus Malik Jackson, Barry Church and Tashaun Gipson. The players who are here, sweating it out as the sun blankets their bodies, are learning as a team, and with youngsters eager to make an impact, this is the time to do such a thing.

It’s just the way we’re working,” he said. “We’re working to get better. There’s a lot of learning going on. Guys are getting better each and every day. You can see development as practices go along.

“That’s a good feeling. We do have a lot of young guys who are stepping up and developing and trying to show they know what they’re doing. That’s important. Opportunities are there.

You could not have scripted Campbell’s impact on this team any better after he signed a free agent deal in 2017 to leave Arizona and return to Florida. The way he walked into the building, the way he immediately became the leader of this defense and a voice of respect in the locker room. There are few players who can do that. At 6-foot-8 and 320 pounds, it’s his big stature, deep voice and smile that make him lovable in this community. It’s his play on the field that let’s fans thank the football gods that he is one of us.

He told the media on Tuesday, preparing now is what will help this team once the season starts and the reality of the 2019 season continues for 17 weeks.

“You wait so long for the reward from what we do now,” he said, “but each day you get better. This is what got me to Year 12. I’ve always shown up. The biggest thing for me is I like being around the guys. I like being in the locker room, talking to the coaches. For me, this is where I really try to get to know my teammates.

Campbell has registered double-digit sacks with the Jaguars the past two seasons. The defense took a step back last season, but still finished in the top-five as a unit. There wasn’t as much dominance as the 2017 version, something the former second-round draft pick by the Arizona Cardinals is aware of. There were times when the locker room was divided and cantankerous – signs of frustration of a 5-11 season – and a lack of focus during a seven-game losing streak. A new season brings new opportunities. Campbell is a part of the process of making things better this season.

As John Oehser wrote on Jaguars.com, “Cornerback Jalen Ramsey and linebacker Telvin Smith have not participated in any of the first seven OTA practices. Wide receivers Marqise Lee and Dede Westbrook and running back Leonard Fournette have missed multiple OTAs, as has defensive end Yannick Ngakoue.”

It’s not something Campbell is worried about. As veterans come back to TIAA Bank Field next week for mandatory minicamp, the focus shifts again and the work continues.