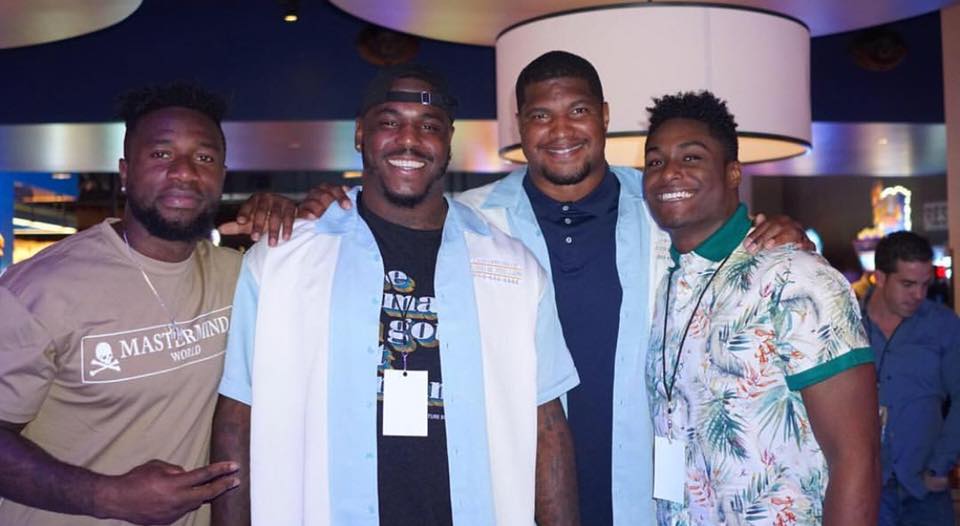 JACKSONVILLE, Fla. – When Calais Campbell first came to Jacksonville as a free agent last offseason, he put together bowling outings as an opportunity for his new teammates to better get to know one another. It was team building and developing the kind of brotherhood that the team talked about as the foundation for their run to the AFC championship game.

On Tuesday, Campbell again turned to bowling as he hosted teammates and fans in the inaugural Charles Richard Campbell Foundation bowling classic to raise money for the foundation named for the defensive end’s late father.

“The things that were important to him, we wanted to spread out the wealth. Some of these kids came from the background that I came from and I feel like I can connect with them,” Campbell said. “I really want to be a great role model. At the end of the day, I kept my faith, didn’t cut corners and did everything I could to be successful.”

Jack talked about his offseason, which has included piloting lessons, and trips to Mexico and Colombia. He has become a rallying point for Jaguars fans who continue to post memes on social media pointing out that “Myles Jack wasn’t down,” referencing the controversial play in the AFC championship game when Jack ripped the ball away from the Patriots’ Dion Lewis but was whistled down, despite replay showing that he wasn’t touched after gaining possession.

“In that moment, I slammed the ball, I was irate. I knew I wasn’t down,” Jack said. “To know that other people feel the same as me and that I’m not crazy, that’s a good feeling.”

Campbell’s leadership was apparent from early on. While he was not elected as a team captain, he is, without question, the most respected player in the Jaguars locker room.

“He’s been incredible since the time he got to Jacksonville,” said Bortles. “He’s been a huge voice in the locker room. He’s been a guy for the young guys to look up to and follow. He’ll continue to do good things on and off the field.”

Perhaps Campbell’s voice was most influential on the defense, where he led the Jaguars in sacks with a career-high 14.5, second best in the NFL.

With the Jaguars rookies having just completed their rookie mini-camp, the next step is the Organized Team Activities, which begin Tuesday. That’s when they’ll get their first taste of on-field action with the veterans.

“They’re going to understand that this game is fast and it’s only getting faster,” Jackson said. “They’ll be running around with their heads cut off. It’s part of the process. It should be fun.”

Jack was in the same position three years ago after being a second-round pick of the Jaguars.

“It’s a fulltime job,” Jack said. “There are definitely going to be some growing pains, but it will be worth it.”