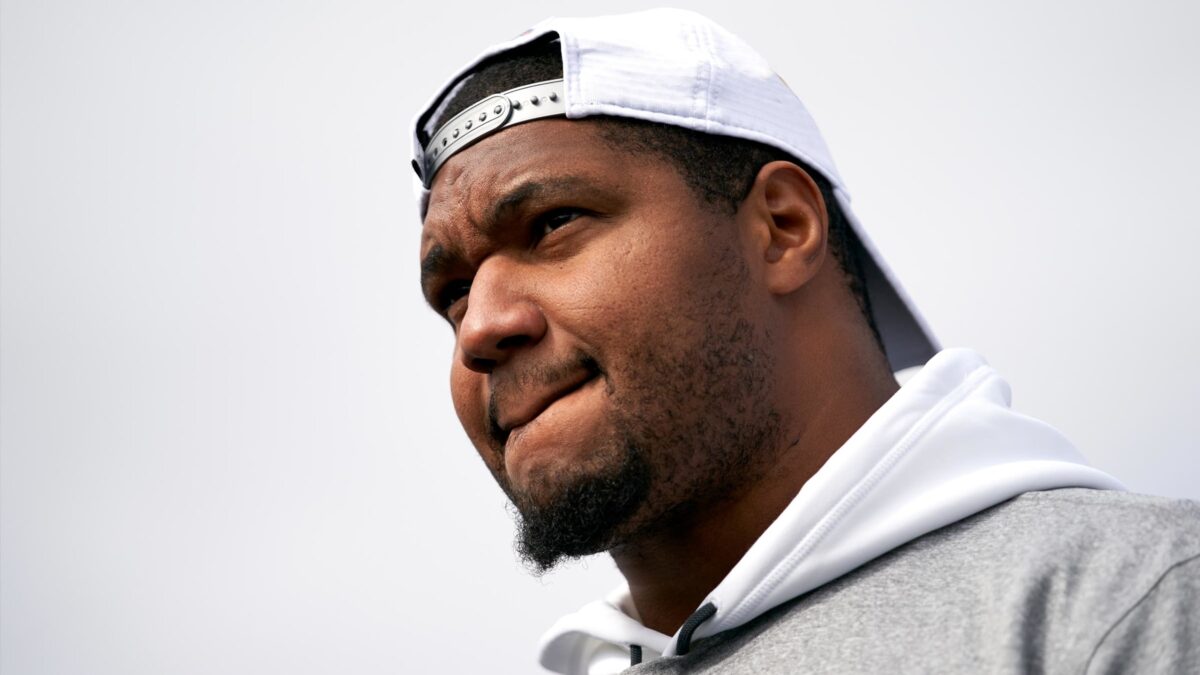 With the COVID-19 pandemic still roiling the country, Ravens defensive end Calais Campbell will implore teammates to make extra sacrifices this year to remain healthy. Campbell says it will be crucial for players to follow precautions, both at the practice facility and once they leave the building.

“We’re going to have to really police each other, hold each other accountable, be there for our teammates,” Campbell said during “The Lounge” podcast. “Essentially, if one guy gets sick and he gets into the locker room, he can affect the whole season. This is the ultimate sacrifice for the team for the greater good kind of situation. For us to be able to go out there and play football, guys have to be willing to sacrifice. Hopefully it will be a one-year thing, but we all have to sacrifice and we can go back to normal life next season.”

The NFL and the NFLPA have been meeting for weeks, working to establish protocols for the opening of training camps. Once players report to facilities and are tested, they will face the challenge of avoiding the coronavirus as they prepare for the season. Avoiding social situations could be more challenging for some players, but Campbell says it’s imperative to think about your teammates when making decisions.

“It’s really going to be an honor system,” Campbell said. “We’re going to do what we have to do and we’re going to try. Hopefully we can get through the whole season. You have dads who have kids who are at school that you have to worry about. Sometimes mom works and is out of the house. Sometimes guys just want to go out to a restaurant. If you have a friend that comes by, you have to worry about wherever they’ve been. It’s going to be a lot of moving parts. Hopefully, we can make it work, because I think this year could be very, very special.”

After being traded to the Ravens from the Jacksonville Jaguars this offseason, Campbell feels blessed to join a team that has legitimate Super Bowl aspirations. In his rookie season in 2008, Campbell reached Super Bowl XLIII with the Arizona Cardinals, but they were edged by the Pittsburgh Steelers, 27-23.

Campbell has never been back to the Super Bowl. After making the Pro Bowl five times and winning the 2019 Walter Payton Man of the Year Award, a Super Bowl ring remains the biggest achievement missing from Campbell’s stellar career. He believes the Ravens have the talent to win a title, and does not want COVID-19 to rob him of a precious opportunity.

“It will be very bad fortune if we don’t get to finish this season because of COVID,” Campbell said. “If we can follow the rules and lock in and be able to have a full complete season, I feel like the team the Baltimore Ravens have built has every opportunity to be a Super Bowl champ, to win it all. It would be a shame if that opportunity is wasted.