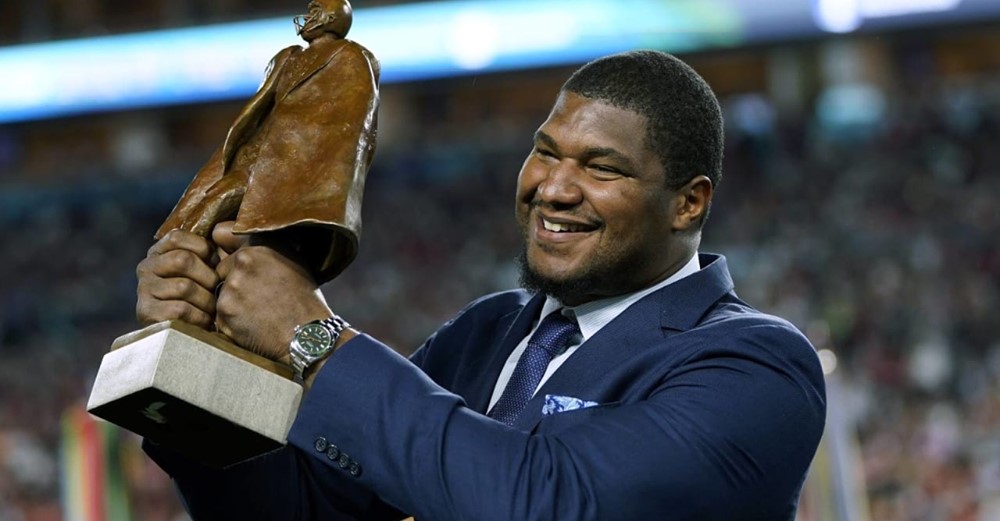 Calais Campbell is widely regarded as one of the best defenders in the NFL, but the defensive end remains grounded as he enters his 13th NFL season.

After being traded to the Baltimore Ravens this offseason, Campbell enters a new locker room of a team well within reach of a Super Bowl. Yet, Campbell is still eager to earn the respect of his new teammates, regardless of the past accolades or stellar reputation that precedes the 2019 Walter Payton Man of the Year Award winner.

“The first thing you do when you come to a new team is you want to just show people your work ethic and how hard you’re willing to grind, try to earn their respect,” Campbell said on Friday, via the Baltimore Sun. “So I’ve spent the last couple weeks, and really the offseason program that we had virtually, just trying to earn my teammates’ respect.”

Campbell, who turns 34 on the first day of September, is excited to join a talented Ravens defense that needed a tenacious physical presence on the defensive line. With a superb secondary led by Marlon Humphrey and Marcus Peters behind him, Campbell sees potential to break his personal best 14.5 sacks in a single season, which came in his first season in Jacksonville three years ago after spending nearly a decade in Arizona.

“The coaches told me they want (me) to have my best year of my career,” said Campbell, who currently sits at 88 sacks for his career. “I guess I got to strive for at least 15. You got to shut down the run, make teams one-dimensional. Then you get to rush the passer.”

Campbell, who suffers from asthma, admits he considered opting out of the 2020 season due to the ongoing COVID-19 pandemic but ultimately felt enough has been done to ensure a safe workplace. With no preseason games to assimilate with his new teammates, Campbell said he won’t miss the exhibitions and believes he will be ready for Week 1, but feels for the young players and undrafted free agents who have less of a chance to be discovered. For that reason, Campbell views his role as a leader essential with an unprecedented season ahead, and earning their trust is all a part of his process.

“I think we’re going to have to depend on them, and I want to make sure they’re ready,” Campbell said. “You can’t win the Super Bowl today. I don’t care how good you are in August. You’ve got to go through the process. You can’t even win the first game today. It’s still a month away. So right now, it’s just trying to make sure we take advantage of what’s in front of us.”