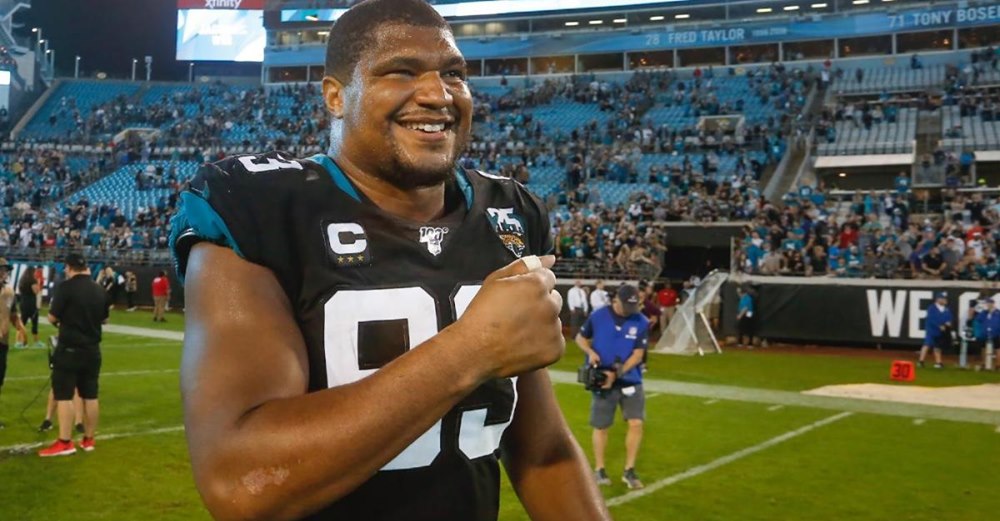 Calais Campbell likely could have received more money than the reported two-year, $27 million he received in the trade that sent him from the Jaguars to the Ravens last week. The deal also includes $20 million for the five-time Pro Bowl defensive lineman.

Campbell, however, isn’t worried about the money he may have left on the table. Instead, he’s focused on where he ended up, and the opportunities that lie ahead. On Thursday, Campbell said that he accepted less money from the Ravens to facilitate the trade rather than try to make more money by signing elsewhere.

“I was more confident in going to Baltimore even if I had to take less,” Campbell said, via Jeff Zrebiec of The Athletic.” There’s not too many teams better.

“I told [my agent] the main goal, at this point of my career, is winning.”

Campbell, who in 2017 helped spearhead the Jaguars’ improbable run to the AFC Championship Game, is joining a team that went 14-2 during the regular season en route to a second consecutive AFC North division title. And despite the Ravens’ second consecutive “one and done” in the postseason, Campbell believes that the Ravens have the right pieces in place to take the next step in 2020.

“There’s a culture (in Baltimore) that’s very infectious,” Campbell said. “A lot of guys care about each other and have a strong bond.”

Specifically, Campbell said that he believes in reigning league MVP Lamar Jackson, who fell to 0-2 as a starter in the postseason following January’s second-round playoff loss to the Titans. Playoff loss aside, Jackson enjoyed a prolific 2019 season, as he led the NFL with 36 touchdown passes while also breaking Michael Vick’s single season rushing record for a quarterback.

“Lamar’s very dynamic,” Campbell said. “He’s a guy I’ve been following since I’ve been in college and I’m a big fan of. I enjoy the way he plays the game. I still believe he’s underrated. I know he just won an MVP, but there’s still a lot of people who doubt him.”

Campbell is also excited to play for head coach John Harbaugh, who is entering his 13th season with the Ravens. Harbaugh, the fourth longest-tenured head coach in the NFL, is one of just seven active head coaches that have lead their team to a Super Bowl victory.

“Everybody I talked to that played for him loves him,” Campbell said of Harbaugh. “I’ve talked to a lot of people over the years and that really says a lot.”

Along with acquiring Campbell, the Ravens have made other significant moves since the start of the new league year. Baltimore’s main objective at the start of free agency was to make sure one of their top edge rushers would avoid hitting the open market. The Ravens were able to do just that, placing the franchise tag on linebacker Matthew Judon, who earned his first Pro Bowl selection after recording a career-high 9.5 sacks last season.

With limited cap space, the Ravens were not able to address all of their current needs, specifically at wide receiver and inside linebacker. And while they were able to retain Judon, the Ravens still need to add another pass rusher to their defense after finishing 22nd in the league in sacks last season. Baltimore also still needs to fill the void left by the recent retirement of eight-time Pro Bowl guard Marshal Yanda’s retirement.

Expect the Ravens to address these needs during next month’s draft. Baltimore picked up an extra second-round pick after trading tight end Hayden Hurst to the Falcons earlier this month.