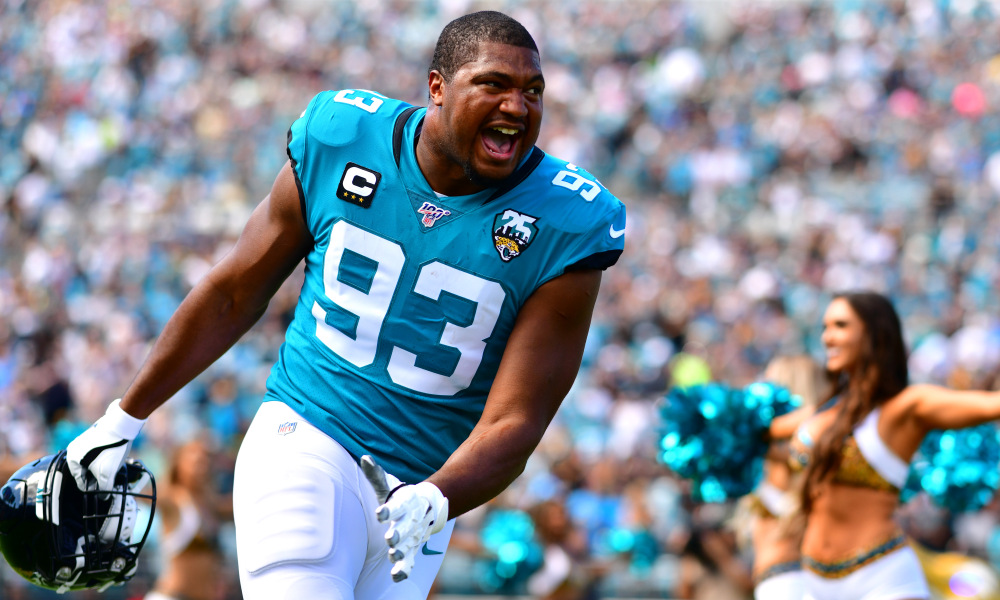 The Baltimore Ravens’ prized acquisition this offseason came via a trade with the Jacksonville Jaguars. Defensive end Calais Campbell was the first part of the Ravens’ eventual plan to solidify their defensive line while bringing pass-rushing acumen to help outside linebacker Matthew Judon get to the quarterback.

Much like fellow offseason addition, Derek Wolfe, Baltimore contending for a Super Bowl has Campbell excited.

“Baltimore is a great opportunity for me,” Campbell said on the Rapsheet and Friends podcast. “On the football field, it’s very obvious. The team is 14-2, young and talented, full of potential. I know I bring some good things in that can add some value and hopefully get over the hump and go out there and hoist the Lombardi Trophy a year from now.”

Campbell said the trade was contingent on getting a contract extension done and it had to be done pretty quickly. While Campbell said his agent believed he could get more money elsewhere, it was winning that was his ultimate goal.

Campbell hasn’t been on many winning teams in his 12 years in the NFL. He spent three years with the Jaguars with only one winning season that ended at the conference championship. Campbell’s nine years with the Arizona Cardinals had more opportunities but he still wasn’t able to get over the hump, losing Super bowl XLIII to the Pittsburgh Steelers.

In Baltimore, Campbell will be joining a team that was 14-2 last season and is one of the favorites to win Super Bowl LV. As he noted, hopefully the revamping of the defensive line with Campbell at the head of it will be enough to push the Ravens the rest of the way.