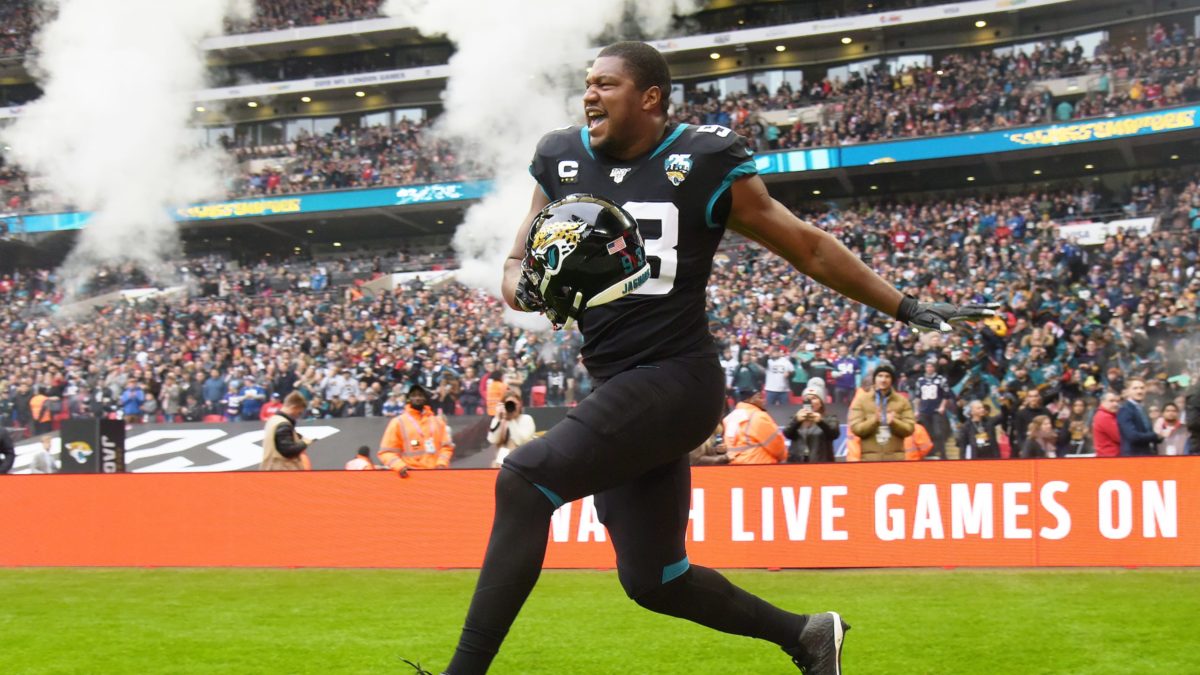 JACKSONVILLE, Fla. – Jaguars DL Calais Campbell has been named one of the eight finalists for the 2019 Art Rooney Sportsmanship Award, an NFL honor presented annually to a player who best demonstrates the qualities of on-field sportsmanship, including fair play, respect for the game and opponents, and integrity in competition. The award was created in 2014 in honor of the late founding owner of the Pittsburgh Steelers and Pro Football Hall of Famer Art Rooney Sr.

The winner of the NFL Sportsmanship Award is determined by a vote of current NFL players. From the eight finalists, each team’s players will submit a consensus vote of their choice for the winner. As in Pro Bowl voting, a team cannot vote for its own player. The winner, selected by the vote of the players, will be announced during the nationally televised NFL Honors show on Saturday, February 1 on FOX, the night before Super Bowl LIV. He will receive a $25,000 donation from the NFL Foundation to a charity of his choice. He will also receive a trophy that represents the important role that sportsmanship plays in the game and how NFL players that demonstrate integrity and honor on the field serve as role models for players at all levels.