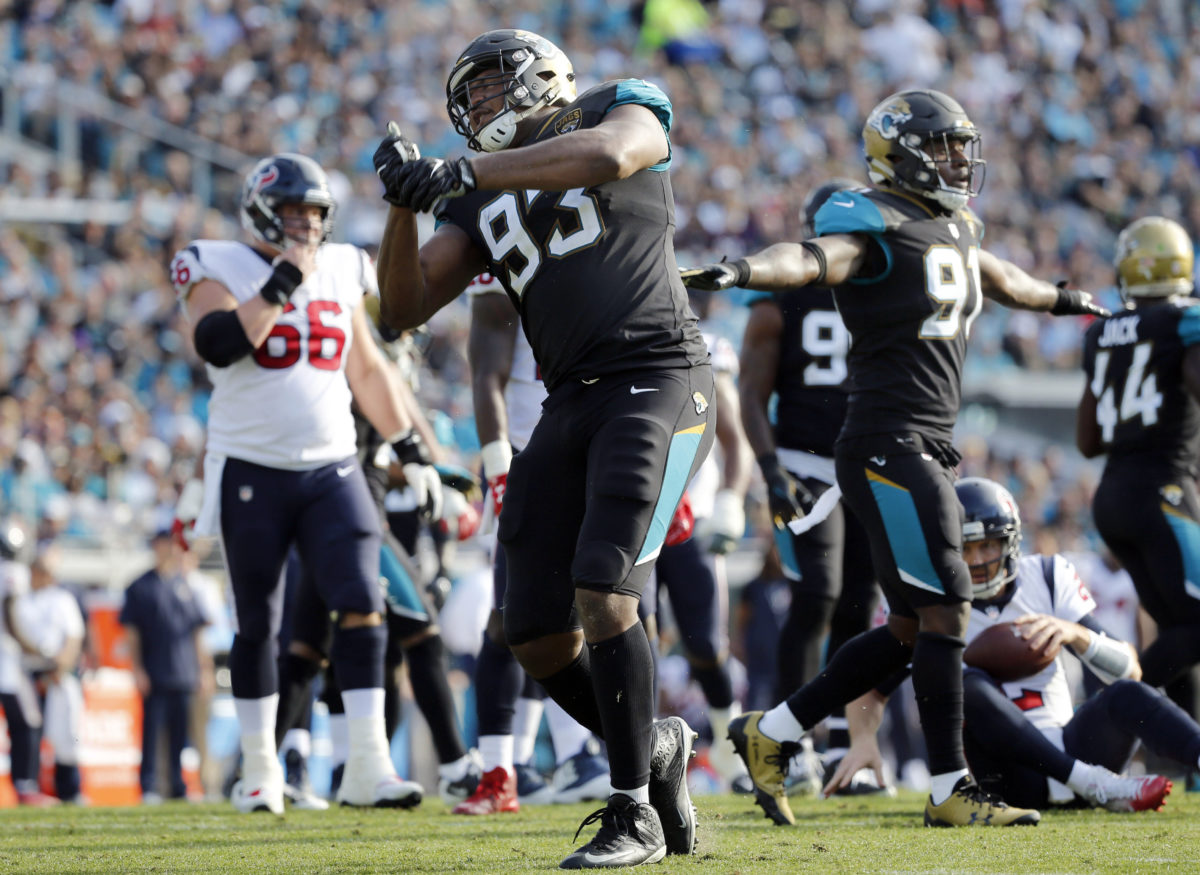 Cornerback Jalen Ramsey, defensive end Calais Campbell, cornerback A.J. Bouye and defensive tackle Malik Jackson – four key players on a Jaguars defense that has been among the NFL’s best throughout the 2017 season – have been named to the 2018 Pro Bowl.

The NFL announced the Pro Bowl participants at 8 p.m. Tuesday.

Pro Bowl players were determined by a consensus vote of fans, players and coaches, with each group counting one-third toward determining the 88 players selected.

Bouye and Ramsey are the first Jaguars players to make the Pro Bowl at the same position in the same season since defensive tackles John Henderson and Marcus Stroud in 2004.

Campbell was selected to the Pro Bowl for the third time, with Ramsey, Bouye and Jackson all making it for the first time. A look at the four players:

*Campbell. A 10-year veteran who signed with the Jaguars as an unrestricted free agent from Arizona this past offseason, Campbell previously made the Pro Bowl in 2014 and 2015. He has a career-high and franchise-record 14.5 sacks through 14 games and was second in fan voting for defensive ends. Campbell joins Tony Brackens (1999) as the only Jaguars defensive ends to be named to the Pro Bowl.

*Jackson. A sixth-year veteran who signed with the Jaguars as an unrestricted from Denver during the 2016 offseason, Jackson has a career-high eight sacks this season. He has registered sacks in each of the last three games and became the fourth defensive tackle in franchise history to be named to the Pro Bowl (Gary Walker, 1999; Marcus Stroud, 2003-2005; John Henderson, 2004 and 2006).

*Bouye. A fifth-year veteran who signed with the Jaguars as an unrestricted free agent from Houston this past offseason, Bouye is third in the NFL with 17 passes defensed this season. He also is tied for second in the NFL with a career-high six interceptions. He and Ramsey are the second and third cornerbacks in franchise history to make the Pro Bowl with Rashean Mathis in 2006 the only other Jaguars player at the position named. Bouye led all cornerbacks in fan voting with 319,638 votes.

*Ramsey. A second-year veteran who was the No. 5 overall selection in the 2016 NFL Draft, Ramsey is tied with Bouye for third in the NFL with 17 passes defensed. He has four interceptions this season, with two in the last three games. Ramsey finished second among cornerbacks in the fan voting behind Bouye.

The 2018 Pro Bowl will be held at Camping World Stadium in Orlando on Sunday, January 28, at 3 p.m. It will be televised on ESPN and ESPN Deportes and simulcast on ABC.