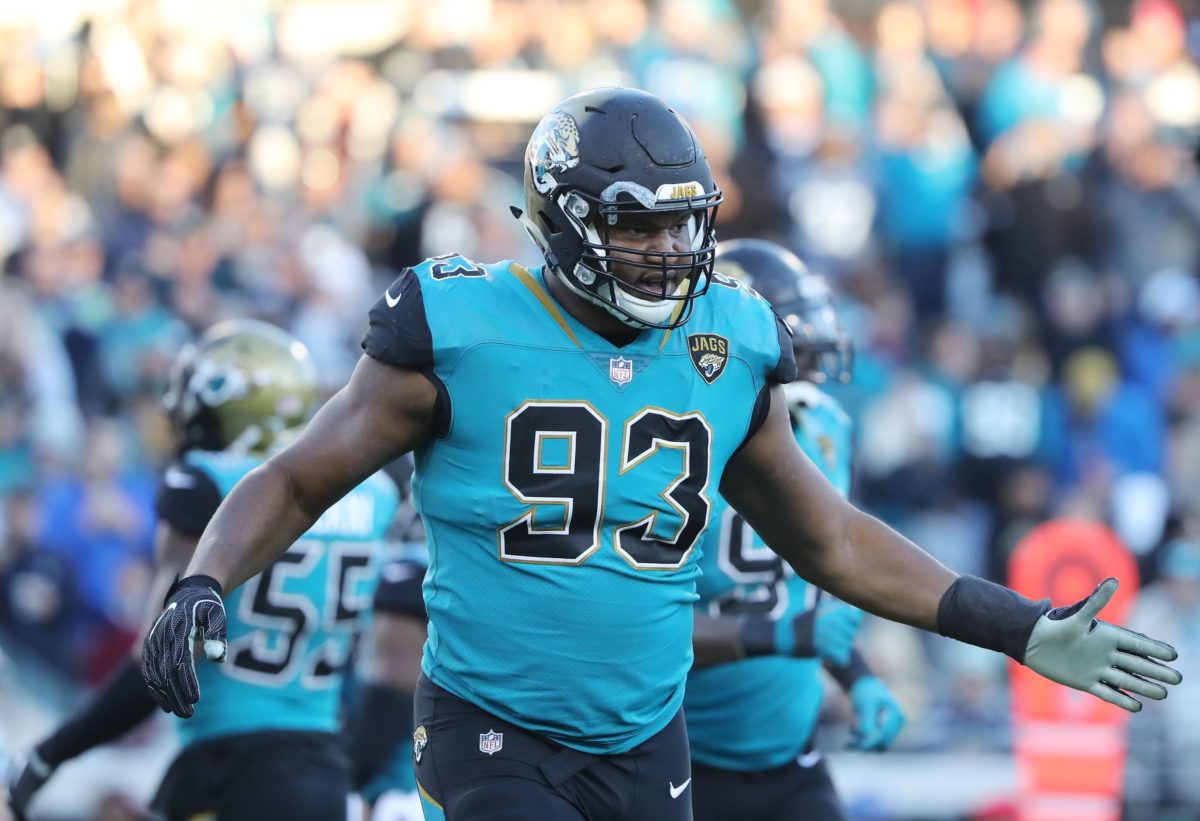 The Jacksonville Jaguars might have their last player on the NFL Network Top 100 with defensive lineman Calais Campbell coming in at No. 14 overall.

The Mayor of #Sacksonville led a campaign of devastation in 2017.@Campbell93 comes in at #14 on the #NFLTop100 pic.twitter.com/rPG49FZXwr

Franchise record for sacks, Defensive Player of the Year.

Congratulations @Campbell93 on being named number 14 on the #NFLTop100 pic.twitter.com/57pvZuENM1

This is one where we’re about right. Campbell set the franchise record for sacks in a single season with 14.5 last year (the previous record was 12.0 set by Tony Brackens in 1999) and single-handedly wrecked the Buffalo Bills offense in the Wild Card Round of the playoffs.

The Mayor of Sacksonville. Love you, Calais.