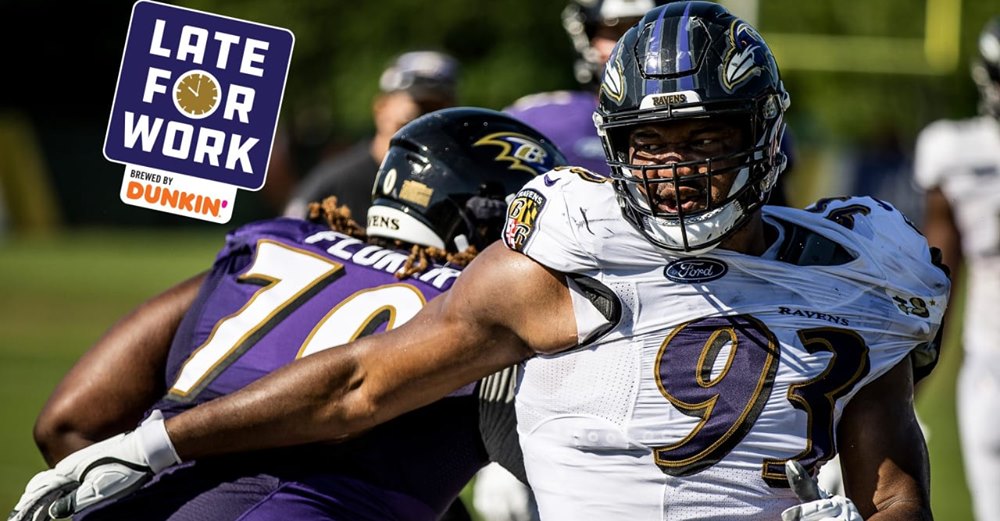 Calais Campbell is not known for being braggadocious or speaking in hyperbole, so when the Pro Bowl defensive lineman says opposing offenses should fear the Ravens defense, they should be afraid. Very afraid.

“They should have fear in their hearts, because this defense is special,” Campbell said on NFL Network’s “Inside Training Camp Live.” “When we go out there in practice, just seeing the mentality, seeing the kind of fierceness we play with. Everybody’s locked in, engaged, just ready to take over.

“I’m going to tell you right now, this defense is going to lead the league in points scored. We have all kinds of goals. You always want to take it one day at a time; you never want to get too hyped. But I think this defense can be one of those very special defenses.”

One of the main reasons the Ravens traded for Campbell this offseason is his ability to stop the run, which was a priority after Derrick Henry rushed for 195 yards in the Tennessee Titans’ shocking upset of Baltimore in the playoffs. Campbell said the defense, which was ranked fourth in the league last season, has a chip on its shoulder because of that game.

“It’s a big, big chip,” Campbell said. “Guys are locked in and focused. The coaching staff, everybody’s been pounding it in that we’re going to be a team that stops the run. We’re going to earn the right to rush the passer, but we’re going to be the best run-stopping team in football this year. I believe that’s why I’m here. That’s why Derek Wolfe is here.

“We want to combat that zone offense and teams trying to run the ball, because this is a copycat league. Our coaches are smart; they understand that when a team experiences success against you, other teams are going to try to follow that same formula to beat you. And we’re a tough team to beat, so that’s something we’re going to have to see until we stop it. I’m looking forward to it. I’ve never been more excited. I wake up every day excited to go to work because I know what we have here.”

Campbell also had high praise for Lamar Jackson and said he can’t wait to see what the MVP quarterback does this year.

“The guy’s special. What he does out there, I’ve never seen it before,” Campbell said. “The way he moves with the ball in his hand, and then while he’s moving, running full speed in a different direction, throws the ball on a tight rope and puts it right on the money. It’s just like, wow. You don’t really see that too often.

“I’m excited for him because he’s only getting better, he’s getting wiser. Every rep he takes he’s becoming more polished. … But at the end of the day, I know what he wants the most is that Lombardi Trophy, so we’re on the same page with that one.”