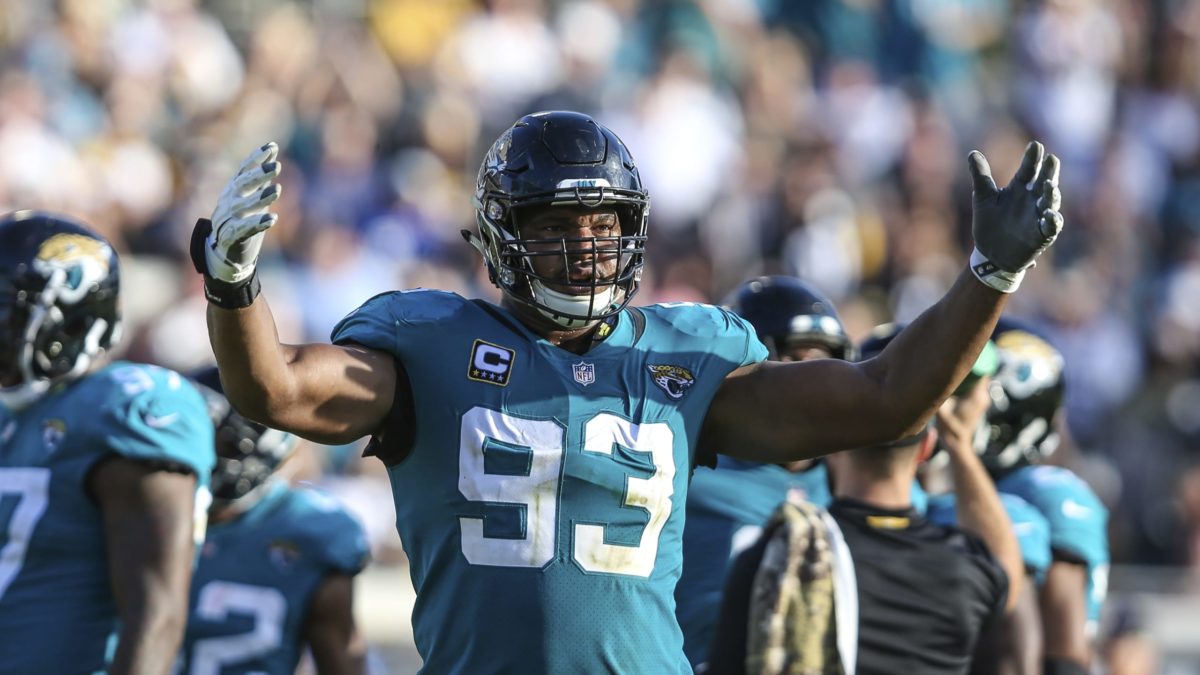 JACKSONVILLE, Fla. — The Jacksonville Jaguars have picked up the 2019 option on defensive end Calais Campbell, meaning one of the team’s best players will be around for at least one more season.

Campbell had previously said the team told him he would be back in 2019, but the team officially announced the move Monday evening. The Jaguars needed to make a decision by Wednesday, because Campbell is owed a $3 million option bonus that day.

The 32-year-old Campbell is due to make $12 million in 2019, which will be his third season with the Jaguars, and he’ll likely go down as the best free-agent signing in franchise history. He’s the only Jaguars player to record double-digit sacks in back-to-back seasons and has 25 sacks in the 32 regular-season games in which he’s played in Jacksonville. He has made the Pro Bowl both years.

He had 14.5 sacks, 30 quarterback hits and 14 tackles for loss in 2017 and was a first-team All-Pro and a candidate for NFL Defensive Player of the Year. What he did last season, however, might have been even more impressive. He played in all 16 games despite dealing with injuries to his knees, ankles, hand and lower back — sometimes multiple problems at the same time — and led the team in sacks (10.5) and tackles for loss (20) and had 22 quarterback hits.

Coach Doug Marrone said Campbell was even better against the run, calling him the most dominant run defender in the NFL. Campbell signed a four-year, $60 million contract with $30 million guaranteed with the Jaguars in 2017 after spending nine seasons with Arizona.

The Jaguars also announced on Monday that they were picking up the 2019 options on linebacker Lerentee McCray and safety Cody Davis, who are two of the team’s core special-teams players. Both players are due a $750,000 option bonus on Wednesday.