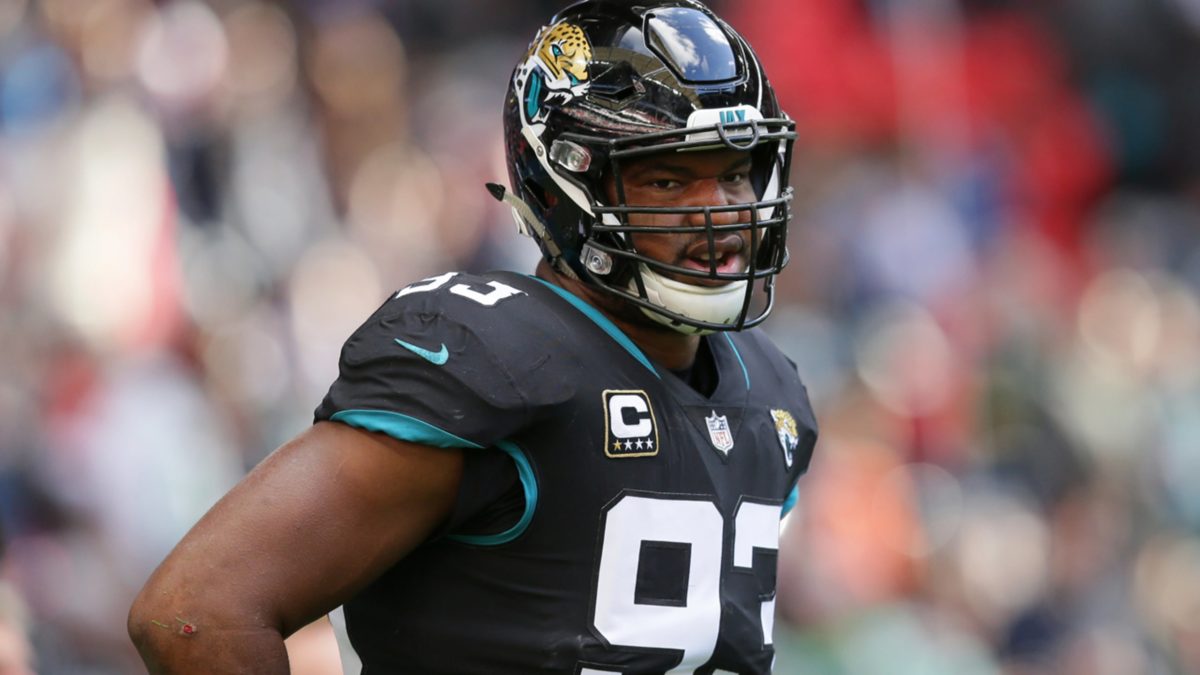 JACKSONVILLE, Fla. – The Jacksonville Jaguars have nominated 11th-year DL Calais Campbell for the 2018 Art Rooney Sportsmanship Award, given annually to a player who demonstrates the qualities of on-field sportsmanship including fair play, respect for the game and opponents, and integrity in competition.

“[Calais] epitomizes the characterization of the Art Rooney Award. He goes out here and works hard every day,” said DT Malik Jackson. “He has great integrity and is always uplifting people on and off the field and coaching them up in any way he can to better themselves and get guys in the right position. When we play other teams, whether he beats his opponent or his opponent gets the best of him, he remains positive and uplifting and his respect for the game of football is unrivaled. Calais is a fantastic ambassador for our league and its great values.”

Campbell, 32, has played in 163 career games with 145 starts since originally being drafted by Arizona in the second round (50th overall) of the 2008 NFL Draft. In those 163 appearances, Campbell has played in 7,771 defensive snaps and has never been flagged for taunting or unsportsmanlike conduct. He was twice (2011 & 2014) named by the Arizona Cardinals as the club’s Walter Payton Man of the Year nominee.

“When you watch a guy that’s played 10 or 11 years in the league and he comes to work every day and works extremely hard at his craft and he’s a professional about it, I think that says a lot,” said Jaguars Head Coach Doug Marrone. “I think it shows the younger players, ‘Hey, listen. You always have to continue to keep working.’ Here’s someone that’s been in this league a long time, had a lot of success, but comes to work every day to get better and put himself in position to help the team.”

The Art Rooney Sportsmanship Award is a league-wide honor established in 2014 to honor Art Rooney Sr., the founding owner of the Pittsburgh Steelers and a member of the Pro Football Hall of Fame. Past winners include RB Frank Gore(2016), S Charles Woodson (2015) and WR Larry Fitzgerald (2014).

The winner of the NFL Sportsmanship Award is determined by a vote of current NFL players. A panel of former players from the NFL Legends Community will select eight finalists (four in the AFC and four in the NFC) from the 32 nominees. The panel is comprised of Warrick Dunn, Curtis Martin, Karl Mecklenburg and Leonard Wheeler. The eight finalists will be listed on the Pro Bowl ballot under the NFL Sportsmanship Award category when players vote on Friday, December 15. From the eight finalists, each team’s players will submit a consensus vote of their choice for the winner. As in Pro Bowl voting, a team cannot vote for its own player.