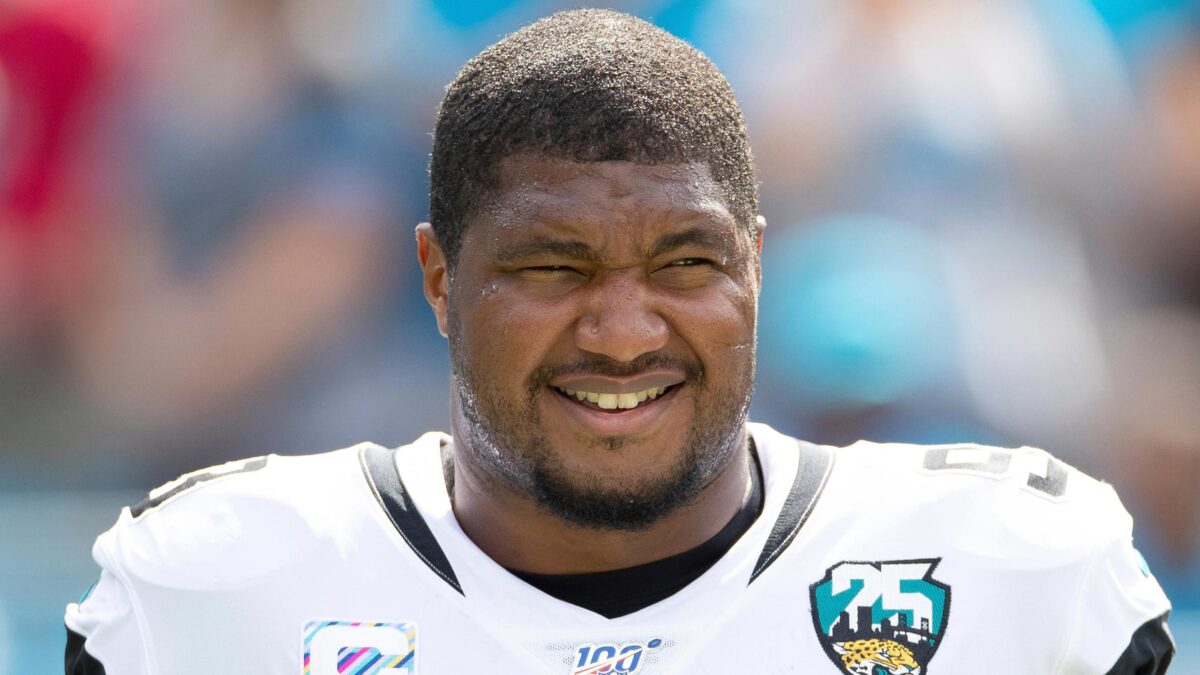 Yes, Calais Campbell is 33 years old. And yes, his sack numbers have declined each of the past two seasons. But that was bound to happen after posting 14.5 sacks in 2017 and 10.5 in 2018 – the two highest totals of his 12-year career. Campbell’s 6.5 sacks last year would have ranked second on the Ravens last year behind Matthew Judon (9.5).

The Ravens also brought Campbell to Baltimore for more than just sacks. The five-time Pro Bowler was the top-graded defensive end in the NFL last year (ahead of the Los Angeles Rams’ Aaron Donald), per Pro Football Focus. A large reason for that was his run defense grade, which was far and away the best in the league. It was his fifth-straight year getting a grade of 90.0 or better.

Need more proof? In the last game Campbell suited up in, he was named the Defensive MVP. Campbell and his new quarterback, Lamar Jackson, shared Pro Bowl MVP honors after Campbell notched a key strip-sack in the fourth quarter, which was returned for a decisive 82-yard fumble recovery touchdown.

Campbell is an MVP off the field too. He was named the NFL’s Walter Payton Man of the Year last season for his efforts guiding the youth in the Jacksonville area.

In 2009, Campbell and his family formed the CRC Foundation, named for his late father, Charles, to enhance the community through the teaching of critical life skills to young people. It’s clear he loves kids. Campbell is an MVP off the field too. He was named the NFL’s Walter Payton Man of the Year last season for his efforts guiding the youth in the Jacksonville area.

In 2009, Campbell and his family formed the CRC Foundation, named for his late father, Charles, to enhance the community through the teaching of critical life skills to young people. It’s clear he loves kids.

Campbell hosted two Christmas with Calais events, which are holiday shopping sprees for local children who have completed extra lessons in financial literacy. In June 2019, he hosted 250 children at the week-long Calais Campbell JaxPAL Youth Football STEM Camp. He made semi-weekly trips to a local middle school as part of his CRC Book Club, and made appearances at schools working with Kids Hope Alliance to offer encouragement and discuss social justice.

3. He has an incredible life story

Campbell hails from just outside Denver, where he is one of eight children (two sisters, five brothers).

His younger brother, Jared Campbell, played football with Calais both at the University of Miami and with the Arizona Cardinals (undrafted defensive back in 2011). Five of the six boys played college football but Calais stood out the most and was a second-round pick in 2008.
But before they reached the NFL, the family went through a ton of hardship. The entire family lived in the Colorado Coalition Homeless shelter for half a year while Calais was in junior high.

When he was young, his father, Charles, would make Calais write an essay for every mistake he made. Charles died when Calais was 17, before he ever suited up for the Hurricanes.

There were two players in the NFL last year who are taller than Campbell, who stands in at 6-foot-8 (and 300 pounds). Pittsburgh Steelers left tackle Alejandro Villanueva and Detroit Lions offensive tackle Dan Skipper are both 6-foot-9.

He couldn’t have been serious (right?), but Campbell said he was this tall since he was 15 years old. He’s so tall that he doesn’t line up as close to the line of scrimmage as possible (like most defensive linemen) because his first step is so long that it doesn’t give him enough time to use a move.

“I wrestled in seventh and eighth grade, and that was probably the best thing for me because it taught me leverage,” Campbell said. “I’m tall, but if I get below somebody with my height, it creates all the power in the world.”

5. He has the deepest voice you’ll ever hear

If the size doesn’t make him stand out in a crowd, Campbell’s voice also makes him unmistakable. Ravens backup quarterback Robert Griffin III has a deep baritone when barking out calls at the line of scrimmage, but Campbell’s voice is constantly the deepest you’ll perhaps ever hear.

“I personally think his voice sounds like there’s somebody that he swallowed and they’re screaming to get out,” his younger brother, Jared, joked.

Campbell said he lost his voice early in his NFL career from screaming on the football field.

“I injured my vocal cords,” Campbell said. “It happened in Year 2 or Year 3 and literally my voice was gone. This is what it came back as.”
Just listen to the difference from when he younger.