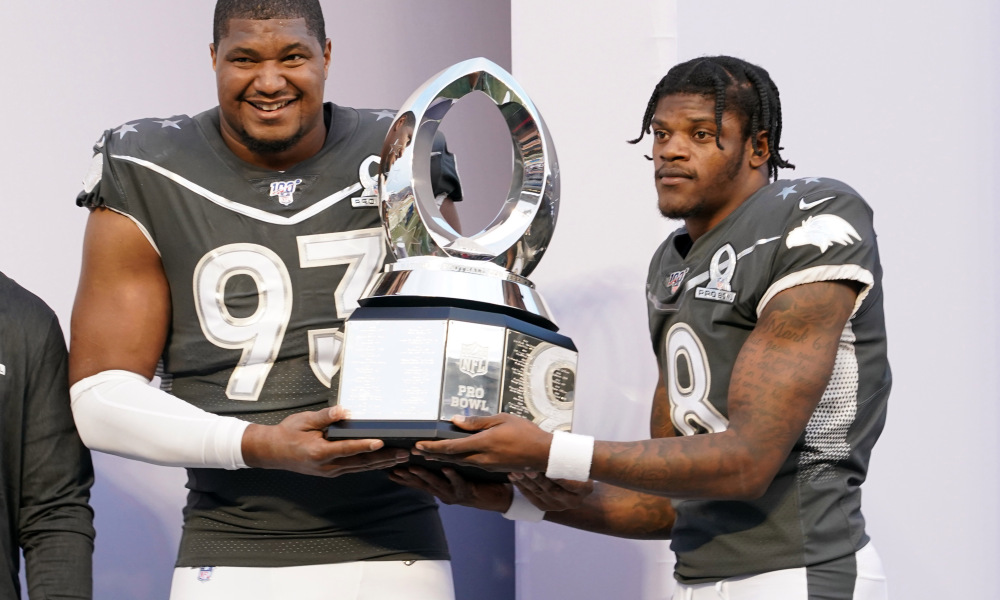 The Jacksonville Jaguars were represented well in the Pro Bowl as DJ Chark Jr., Josh Allen, and Calais Campbell made impact plays. Of the three, Campbell had the best day, accumulating a tackle, a sack, and a crucial forced fumble late in the game. That helped him to ultimately win the Defensive MVP award alongside quarterback Lamar Jackson, who won the Offensive MVP award.

Campbell’s key strip-sack came around the 10-minute mark of the fourth quarter. He was able to get to Minnesota Vikings quarterback Kirk Cousins to jar the ball loose and Pittsburgh Steelers defensive lineman T.J. Watt scooped it up for an 82 yard fumble recovery for a touchdown. That play put the AFC up by a score of 38-27.

Campbell played in his fifth Pro Bowl Sunday, with two other appearances occurring with the Jags. He was voted into the annual game after racking up 56 tackles, 10 tackles for loss, two forced fumbles, and 6.5 sacks in the regular season.

As for Chark, he was able to score a 60-yard touchdown while Allen blocked a field goal. Sunday’s game marked the first Pro Bowl for both players as Chark registered just over 1,000 yards in 2019 and Allen led all rookies in sacks with 10.5.