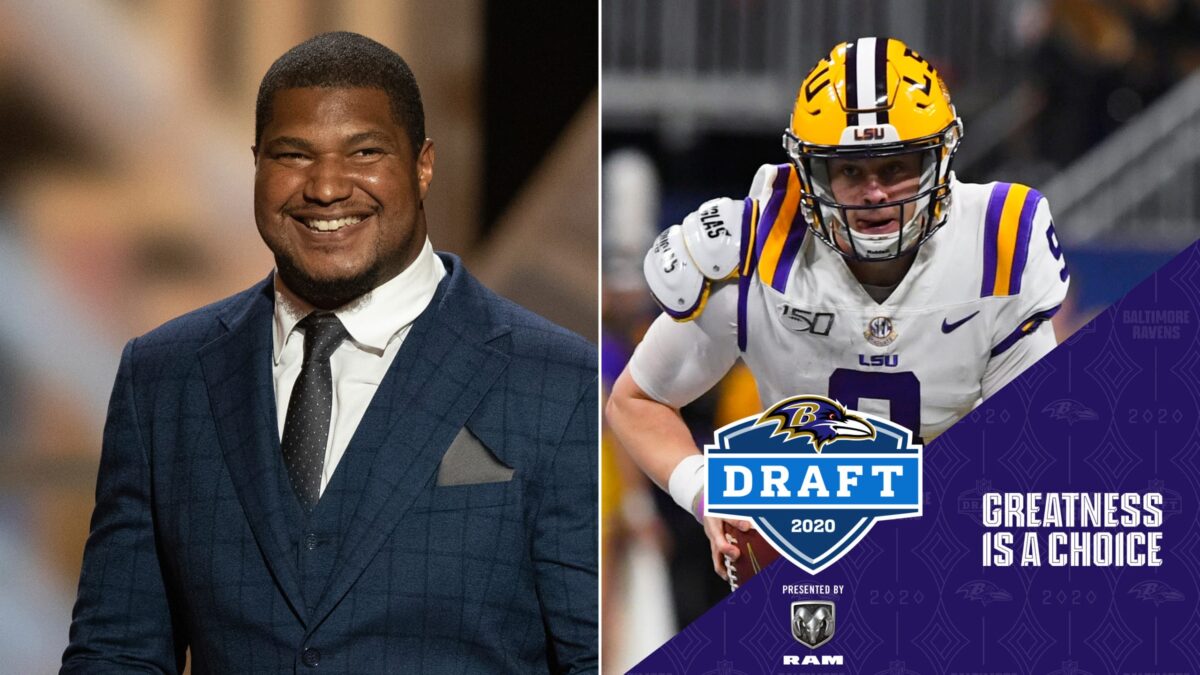 As expected, the Cincinnati Bengals made Burrow the No. 1-overall pick in the draft Thursday night. Which means Burrow will face Campbell twice a season. Which means Campbell will have plenty of opportunities to sack Burrow.

Via Twitter, Campbell left a message that he plans to be a frequent visitor into Burrow’s backfield.

Hey, @Joe_Burrow10, congrats on being the number 1 overall pick! Can’t wait for us to be properly acquainted

Campbell is the NFL’s reigning Walter Payton Man of the Year, one of the league’s most respected players. He also has 88 career sacks, so when he talks about getting after quarterbacks, he is an authority on the subject.

Burrow is the reigning Heisman Trophy winner, who led LSU to the national championship. The addition of Burrow and the return of star wide receiver A.J. Green from injury is expected to make Cincinnati far more dangerous offensively than last season. Meanwhile, the acquisition of Campbell in a trade with the Jacksonville Jaguars gives the Ravens a five-time Pro Bowler who is driven to win a Super Bowl.

Burrow and Campbell will both make fresh starts next season, and judging by Campbell’s tweet, he can hardly wait to see what Burrow is made of.

The Ravens will now face two No. 1-overall picks in the AFC North with Burrow and Baker Mayfield of the Cleveland Browns.