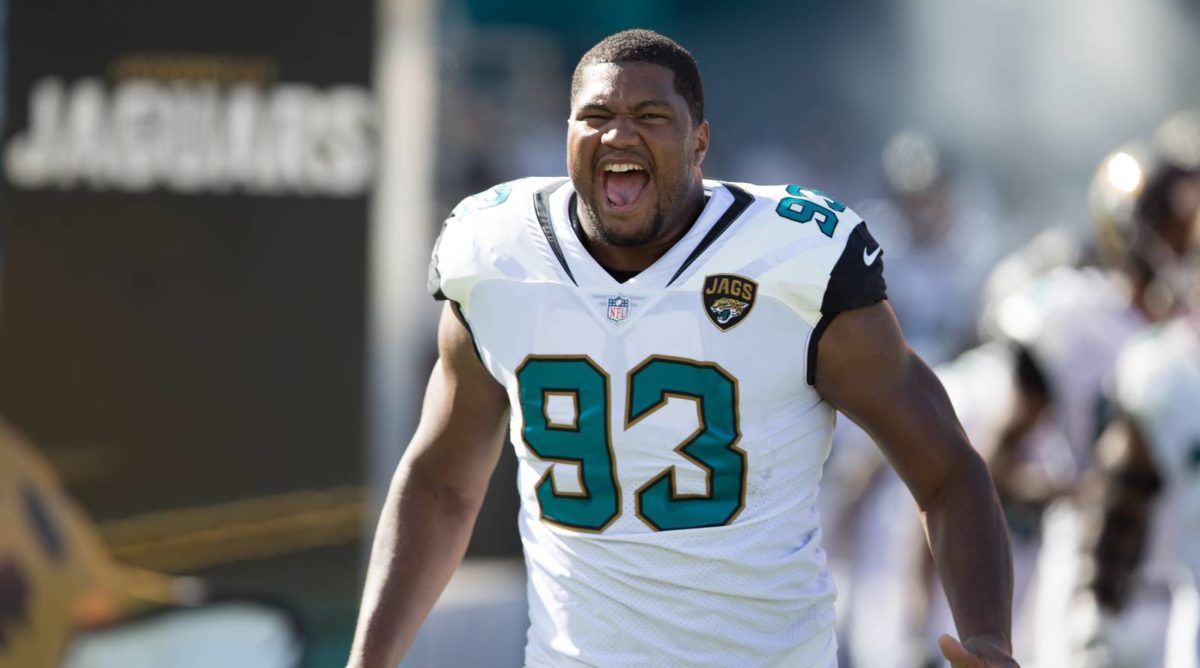 This week, I sat down for conversations with Jacksonville defensive end Calais Campbell, our writer Jenny Vrentas, and Eagles beat writer Jeff McClane.

Campbell talks about how his career has taken off playing on the loaded Jaguar defensive front, why the Jaguars and Seahawks played such a chippy game, and why he thinks Seahawk Michael Bennett might have submarined the Jacksonville center. He also explains why he endowed a scholarship at his alma mater, the University of Miami, for $1.5 million.

Jenny Vrentas of The MMQB on her insightful piece for the site on spending a week with the Philadelphia Eagles on the West Coast, on what life around the Eagles was like, on her surprise encounter with Kobe Bryant, and on the Eagles’ changes now without Carson Wentz.

Jeff McLane of the Philadelphia Inquirer, an Eagles beat writer, on the 2018 status of injured quarterback Carson Wentz, on how the Eagles will cope with the loss of Wentz, on why Wentz has fit so seamlessly onto a veteran team, and on why he’s gotten so close to American League MVP Mike Trout.