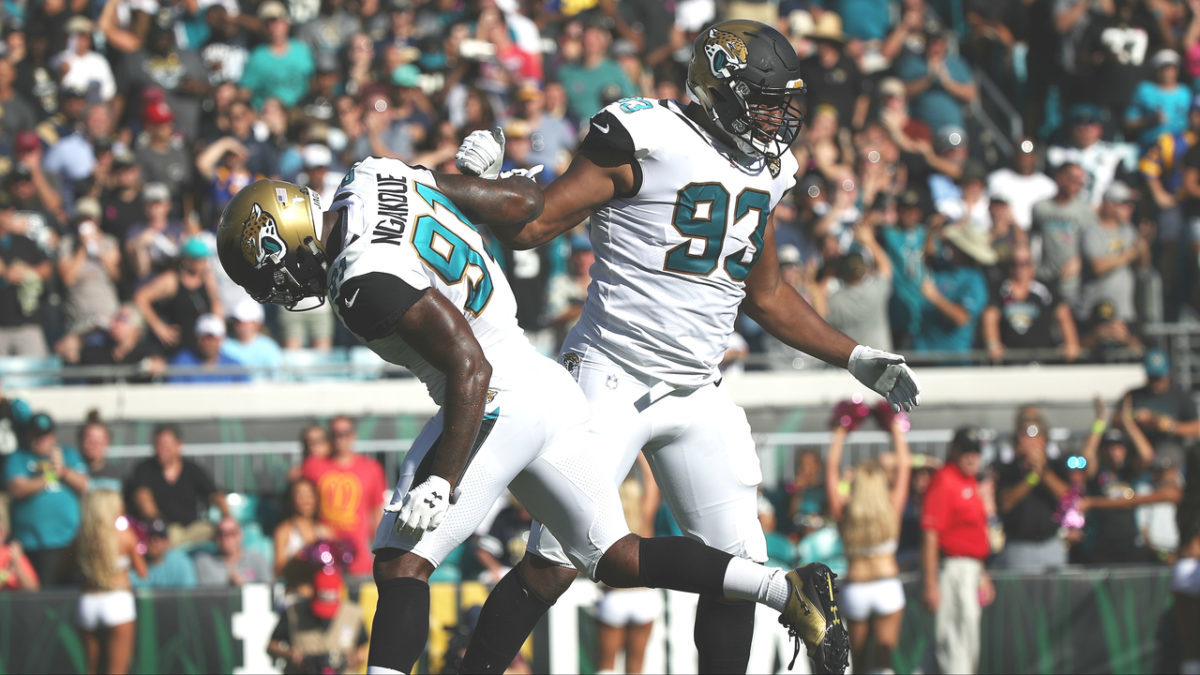 “Any time you can get production, it usually comes from other people,” Campbell said Monday, a day after the Jaguars beat Indianapolis 27-0 . “I happened to fall into some good stuff, but it really is because of our secondary. They make the quarterback hold the ball for four seconds. If they hold the ball longer than 2.5, we’re supposed to be there, so when they’re holding it for four, you’re going to see a lot of guys making a lot of plays.”

Campbell is leading the way.

He’s the first Jacksonville player since Bobby McCray in 2006 to record double-digit sacks. It had been the second-longest drought in the league. Only Tampa Bay, which hasn’t had a player with 10 or more sacks since Simeon Rice in 2005, had gone longer without anyone reaching the benchmark.

Campbell set a career high for sacks — his previous mark was nine in 2013 — and is two sacks shy of the team’s single-season record set by Tony Brackens in 1999.

He could end up with company in the sack club since Yannick Ngakoue (6 1/2) and Dante Fowler Jr . (5 1/2) are closing in on double digits.

Together, they helped Jacksonville enjoy its second 10-sack performance in seven games and proved the season opener at Houston was no fluke.

“If we want to be in that conversation, then we’ve got to stay on pace,” Campbell said.

The Jaguars also are in the playoff conversation. They are over .500 after seven games for the first time since 2007 — the team’s last postseason appearance — and head into a bye week tied with Tennessee atop the AFC South. They follow a little downtime with consecutive home games against Cincinnati and the Los Angeles Chargers.

Jacksonville’s defense is a big reason for the resurgence.

Cornerbacks Jalen Ramsey and A.J. Bouye have not given up a touchdown all season. Linebackers Telvin Smith and Myles Jack both rank in the league’s top 10 in tackles and have increased the unit’s speed significantly. And the line is doing the rest, thanks mostly to Campbell.

Campbell had two sacks Sunday in the team’s first shutout since 2006.

No doubt, Ramsey and Bouye are one of the top tandems in the league. But there’s also no question that Campbell and Co. are equally talented — maybe even a record-breaking combination.

“We’ve got a good team, good people around us,” Campbell said. “Linebacker corps, our secondary, they make our job easy. Then we have so many guys who can make plays on the D-line that we take turns and that makes us very special.”