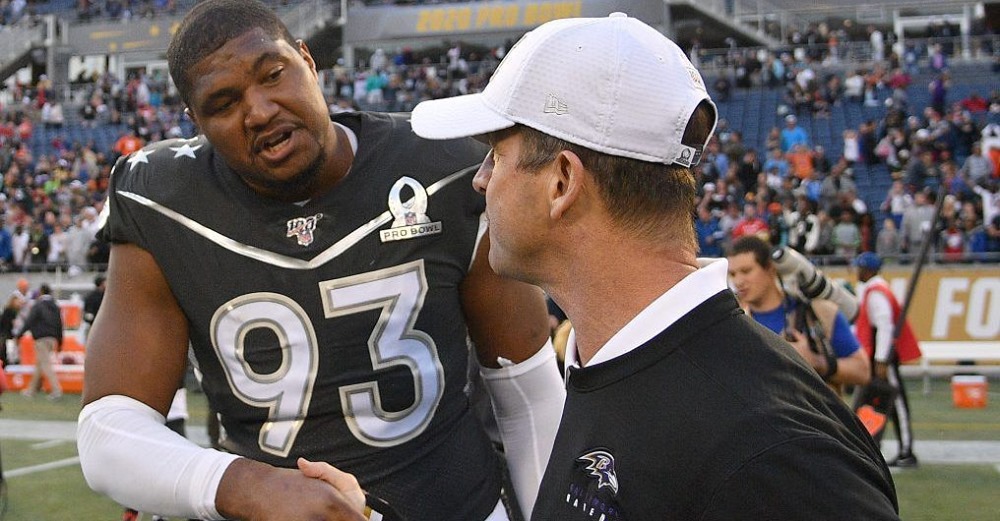 Baltimore Ravens defensive end Calais Campbell is about to begin his 13th season in the NFL. He’s played in one Super Bowl with the Arizona Cardinals, made it to two more conference championship games and also played on several really bad football teams.

But the 2020 Ravens aren’t supposed to be bad. Campbell’s new team will enter the upcoming season as one of the favorites to play in Super Bowl LV in February. Baltimore went a league-best 14-2 last season and led the league in scoring before being upended by the Tennessee Titans in the playoffs. Nevertheless, Campbell is excited at the prospect of the Ravens giving him another chance to get his hands on the Lombardi Trophy.

“Honestly, it’s a great situation to be in. The team is very, very talented,” Campbell said on Sirius XM NFL Radio. “You look at Baltimore’s roster up and down and there’s talent everywhere. And then throughout the draft we got even stronger at a couple of the positions where we needed some help. So I’m really excited about the opportunity.”

Baltimore acquired Campbell in a trade with the Jacksonville Jaguars in March. The team also gave him a contract extension through the 2021 season. Campbell said in March that other teams interested in trading for him were willing to offer more money but that he wanted to go to Baltimore.

“This is one of those times where I’ve been playing football for 12 years (in the NFL) and been close a bunch. I’ve played in three championship games, one Super Bowl. But I haven’t been able to win it yet and so I feel like this team, as talented as it is, this is probably going to be the best shot that I have. And so my mindset is just embrace it, treat every moment special and just make each moment count,” Campbell said.